Though the $369 billion of climate and energy spending in the Schumer-Manchin Inflation Reduction Act (IRA) far exceeds the bill’s spending on a three-year extension of expanded Affordable Care Act (ACA) subsidies ($64 billion), a permanent extension of those expanded ACA subsidies – which many Democrats want – would cost four times as much as the IRA sticker price, nearly a quarter of a trillion dollars, over just a decade. Unless they explicitly intend to sunset the more generous payments – and there’s no sign that is happening – lawmakers should be baking expectations of a permanent ACA expansion into their assumptions and thinking about the IRA’s effects on federal spending, revenues, deficits, the economy, and long-run inflation.

The official CBO score for the IRA estimates that a three-year expansion of ACA subsidies – from 2022 through 2025 – would increase deficits by $64 billion over the next 10 years for two reasons. The first is spending increases for refundable tax credits that exceed a taxpayer’s income tax obligations, and likely cost-sharing reduction subsidies for some new enrollees that sign up. Second, reduced tax collections will result in non-refundable tax credits that reduce a taxpayer’s income tax obligations, offset by some increased tax collections as employers shift some employees’ compensation from tax-exempt employer-sponsored insurance to taxable wages.

However, an alternative score requested by Senate Finance Committee Ranking Member Mike Crapo (R-ID), which assumes the ACA subsidies are made permanent and scores them against the most recent May 2022 baseline (rather than the less accurate July 2021 baseline, which Democrats are instructing CBO to use for the score of the IRA) finds that permanent expansion would increase deficits by $248 billion over a decade. That’s almost four times the deficit impact of the three-year expansion in the IRA. 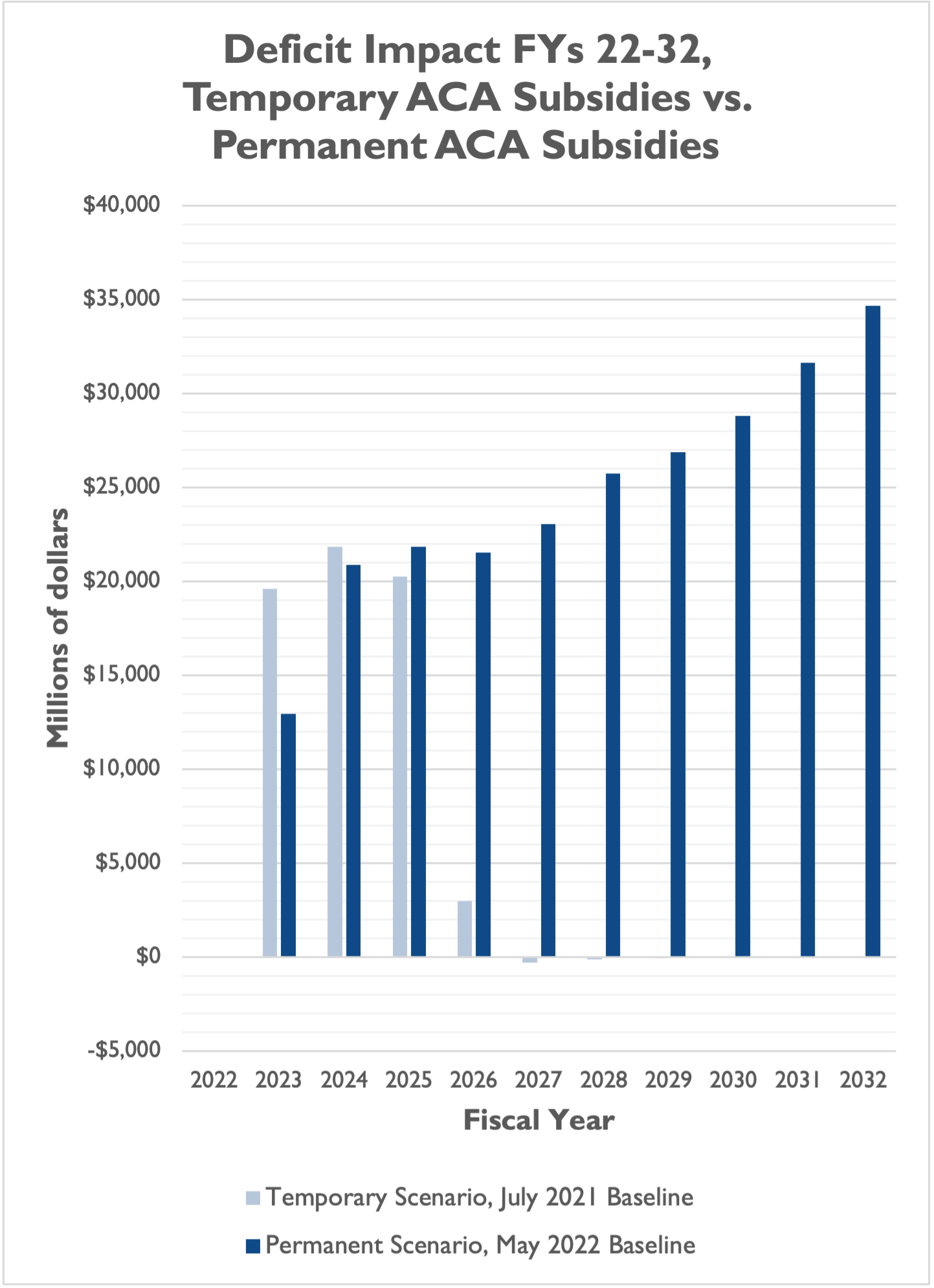 There are differences in the CBO estimates for each of FYs 2023 through 2027. This could be due to a number of factors, including but not limited to: 1) the different baselines for the two estimates (July 2021 for IRA, May 2022 for the permanent estimate); 2) CBO assumptions about when and how many people sign up for the ACA under a temporary vs. a permanent scenario; and 3) CBO assumptions about how many people switch from another existing form of coverage to the ACA marketplace under a temporary vs. a permanent scenario.

The most important takeaway, though, is that assumptions of a permanent expansion of ACA subsidies nearly quadruple the deficit impact of the ACA spending in the IRA.

This significantly erodes the deficit reduction of the overall package. While an IRA with temporary ACA subsidies reduces deficits, on net, by about $305 billion over a decade, an IRA with permanent ACA subsidies reduces deficits by only $156 billion. This $156 billion is also contingent on a rebate rule gimmick that represents $120 billion in on-paper deficit reduction but that we believe should not be used as a spending offset, and $204 billion in revenues from IRS enforcement funding that don’t count in CBO’s score and are speculative given the agency’s struggles. 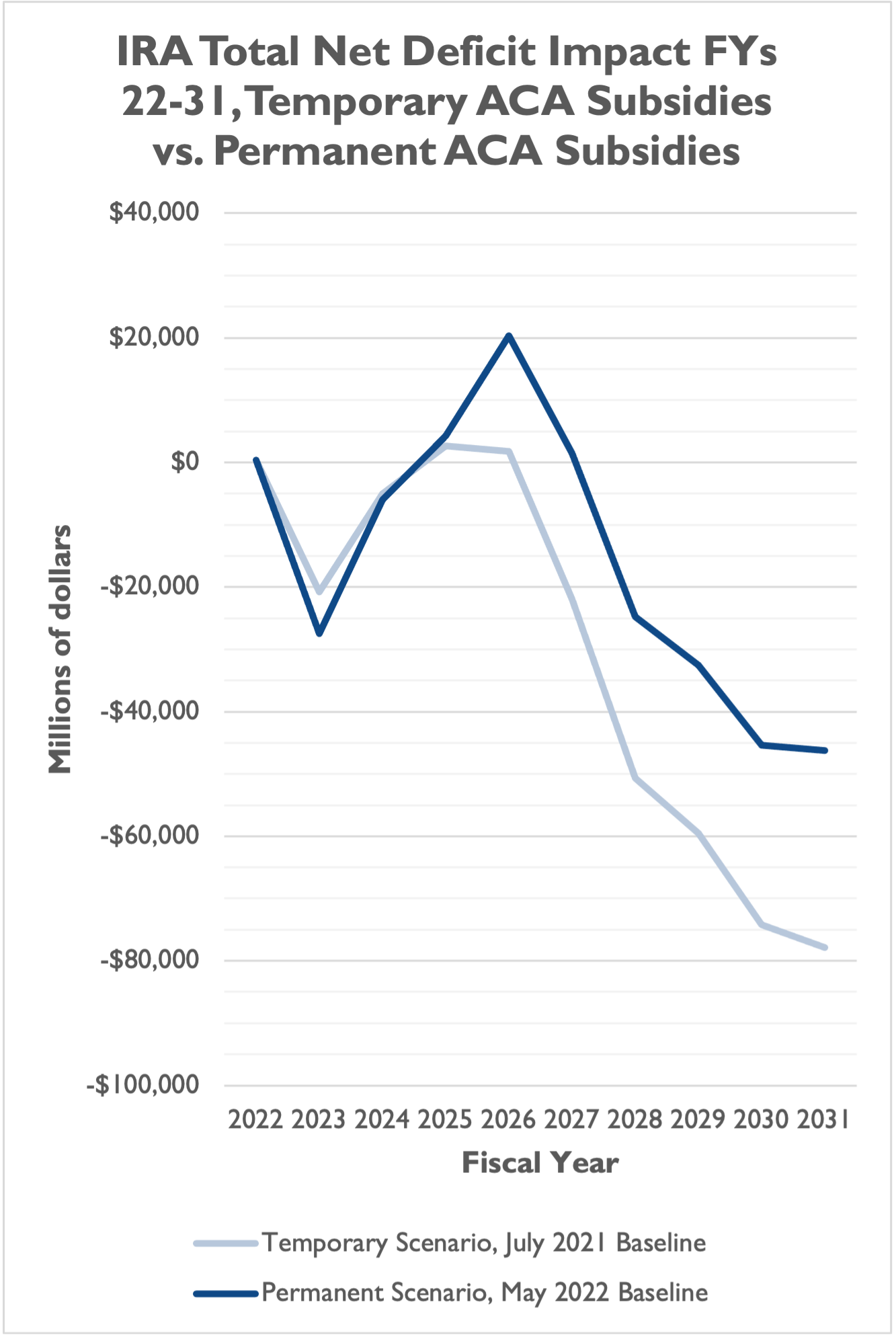 For lawmakers interested in reducing the spending and deficit impacts of the ACA expansion – either the three-year extension in the IRA or a potential effort to make those subsidies permanent – an easy improvement would be to prohibit households making more than 400 percent of the federal poverty level (FPL) from accessing ACA subsidies.

Before the American Rescue Plan Act (ARPA), ACA subsidies were only available to households making up to 400 percent of the FPL. That’s $54,360 for a single person and $111,000 for a family of four in 2022. These are not wealthy households but they are comfortably in the middle class. With historic debt and deficit levels, policymakers should be focusing their limited fiscal space on supporting low-income households who cannot access or afford private health coverage. In any case, restoring a sensible subsidy limit now that was in place barely 18 months ago could help to minimize disruptions that could grow the longer Congress waits. 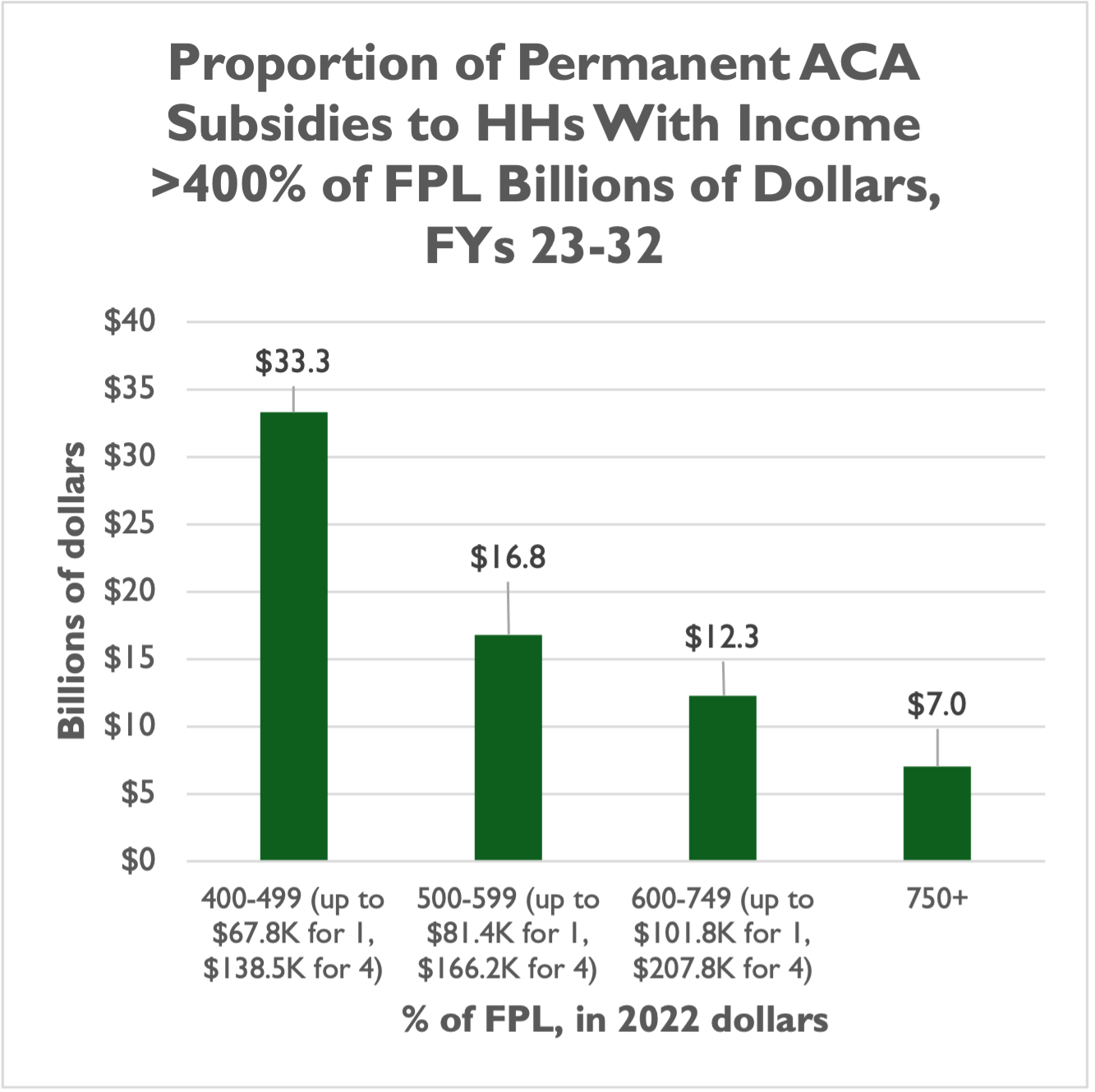 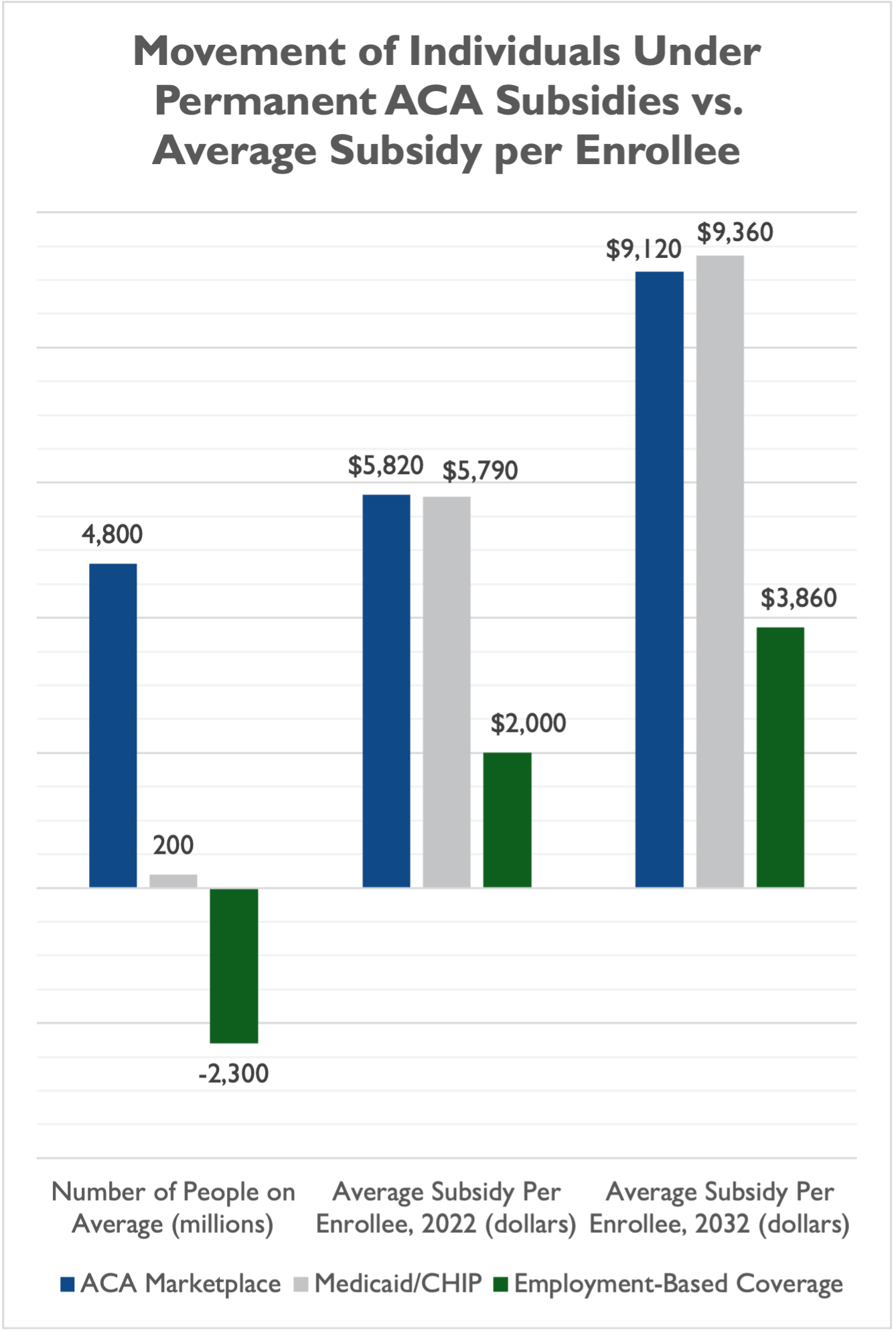 In short, a proportion of the ACA subsidies are poorly targeted towards households that are not likely in urgent need of taxpayer support, and lawmakers should be thinking about the IRA’s expansion of ACA subsidies in terms of its possible permanent impact on deficits ($248 billion) rather than the score for a temporary, three-year expansion ($69 billion).