In late March, the Department of Defense (DoD) released its fiscal year (FY) 2023 budget request, asking Congress for $773 billion to fund the nation’s military in the fiscal year that starts October 1. Fortunately for DoD – and unfortunately for the nation’s taxpayers – if history is any indicator, the Washington mindset is to give the military every one of those requested dollars and more as lawmakers start their work on the new budget. In fact, because of requirements Congress has added to the budget process, the military’s service branches and combatant commands have already provided lawmakers with a nearly $21.5 billion roadmap to increasing the defense budget.

Those who follow NTU’s defense budget work will understand that we are referring to unfunded priorities lists – UPLs for short, and more commonly referred to as “wish lists.” UPLs have been around for decades, but Congress has recently mandated that certain components of the nation’s military provide lawmakers with UPLs every year. In essence, Congress asks the leaders of the Army, Navy, Air Force, Marines, Space Force, Missile Defense Agency, and combatant commands to circumvent the budget planning of the Department, and provide lawmakers with a list of programs and activities they would fund if only they had additional resources. (Spoiler alert: Congress routinely provides the military with additional resources, even as this drives up our annual deficits and national debt.)

This year’s UPLs have begun trickling out, available only based on the dogged efforts of civil society organizations and reporters because Congress does not have any consistent requirement for the military to post UPLs in one, public location. The non-partisan Taxpayers for Common Sense (TCS) has obtained several UPLs, which we link to throughout the piece. Bloomberg Government has also obtained information about UPLs.[1]

Though NTU has not gained access to the UPLs for several important components of the U.S. military – including the Missile Defense Agency – the UPLs of the other four service branches and several combatant commands add up to $21.5 billion in requests so far. 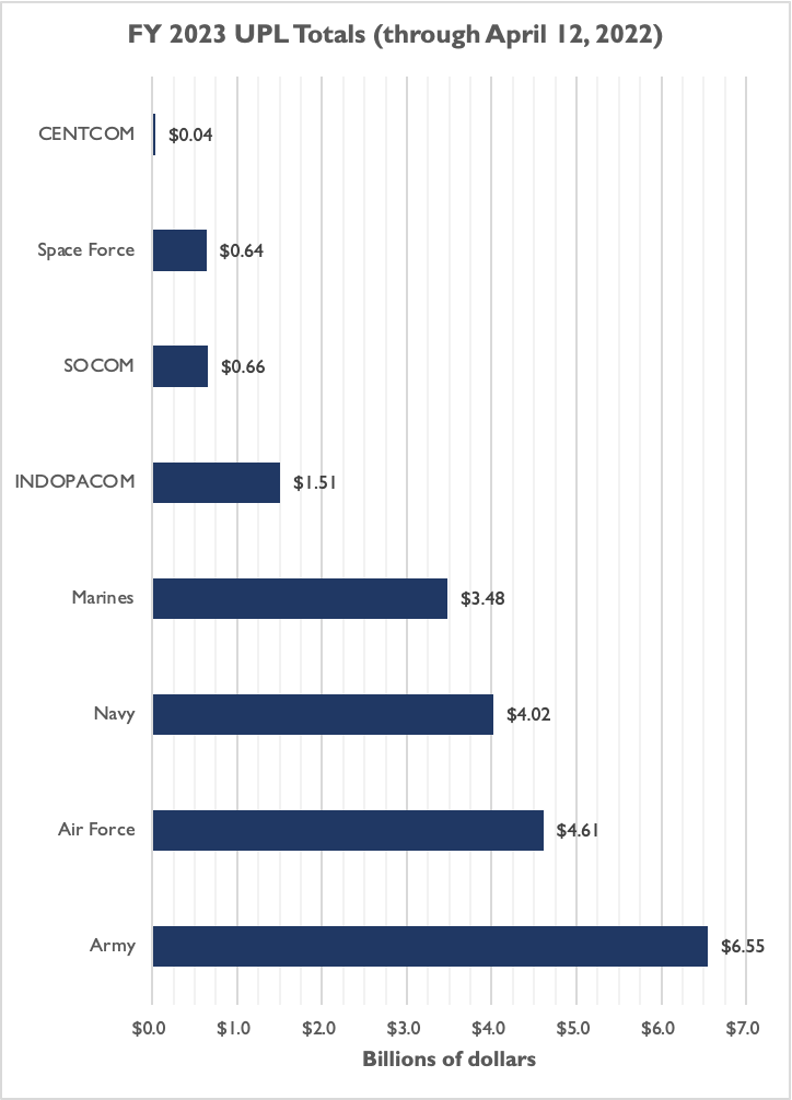 If Congress were to grant all the wish list requests we have currently tallied the DoD budget would increase from $773 billion to nearly $795 billion: 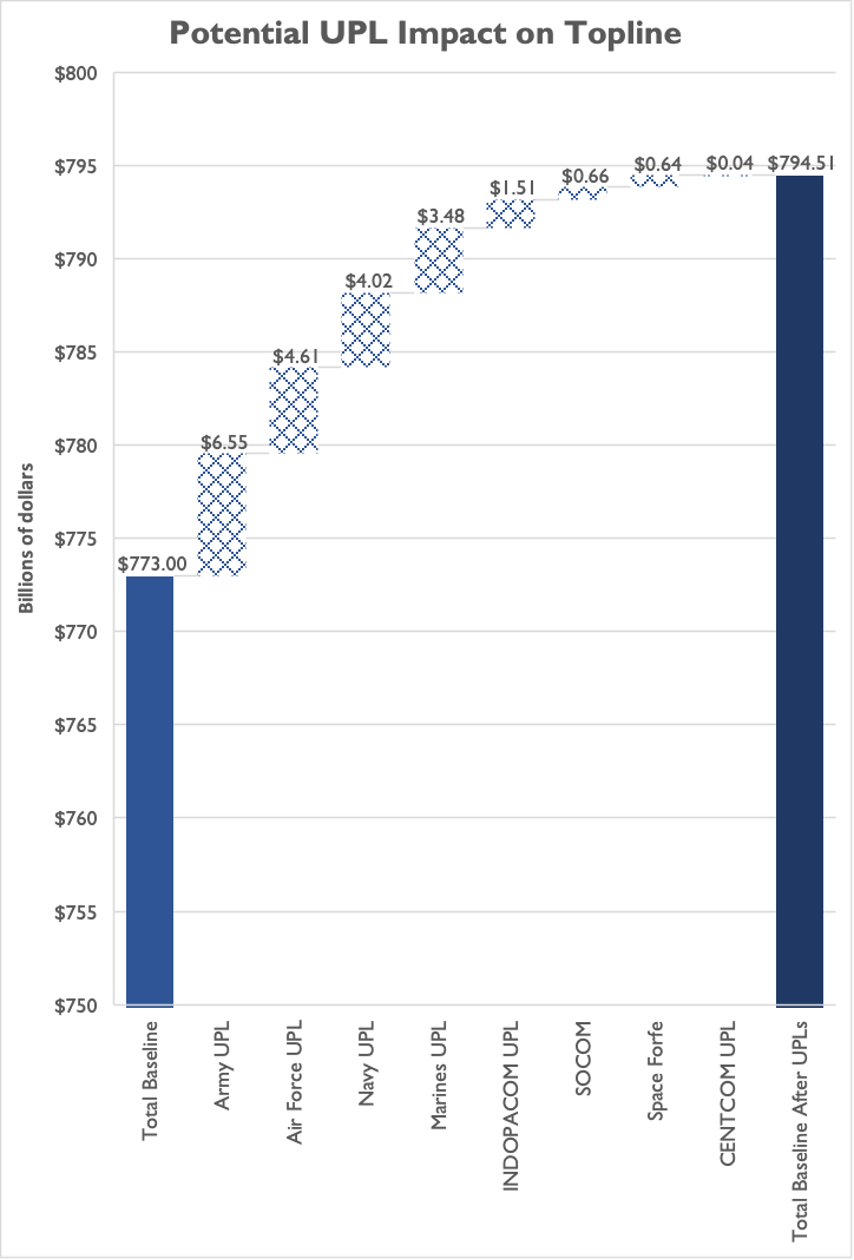 And just what is in these UPLs?

For starters, lots and lots of F-35 aircraft. Media paid attention when the DoD budget request for FY 2023 called for procuring ‘only’ 65 F-35 aircraft, down from 96 in 2021 and 85 (estimated) in FY 2022. For advocates of a more responsible defense budget, the move was perhaps a baby step towards acknowledging that the F-35 is a boondoggle of a project – a $1.7 trillion plane that can’t reliably fly – and that Congress and the military should scale back its purchases of the fighter jet until the military fixes numerous major flaws with the aircraft.

If Congress fulfills the service branches’ wishes, F-35 procurement will rise from 65 under the Biden FY 2023 budget request to 80 – the latter figure only five fewer F-35 aircraft than what was approved for FY 2022. So much for scaling back on the F-35 program.

Congress and the military have been going through the UPL exercise – and, in fact, Congress has been increasing UPL requirements for the military – for years now. The practical impact of UPLs is that they give lawmakers an easy blueprint for increasing the military’s budget, a favorite practice of hawkish Republicans and Democrats alike no matter who is president. 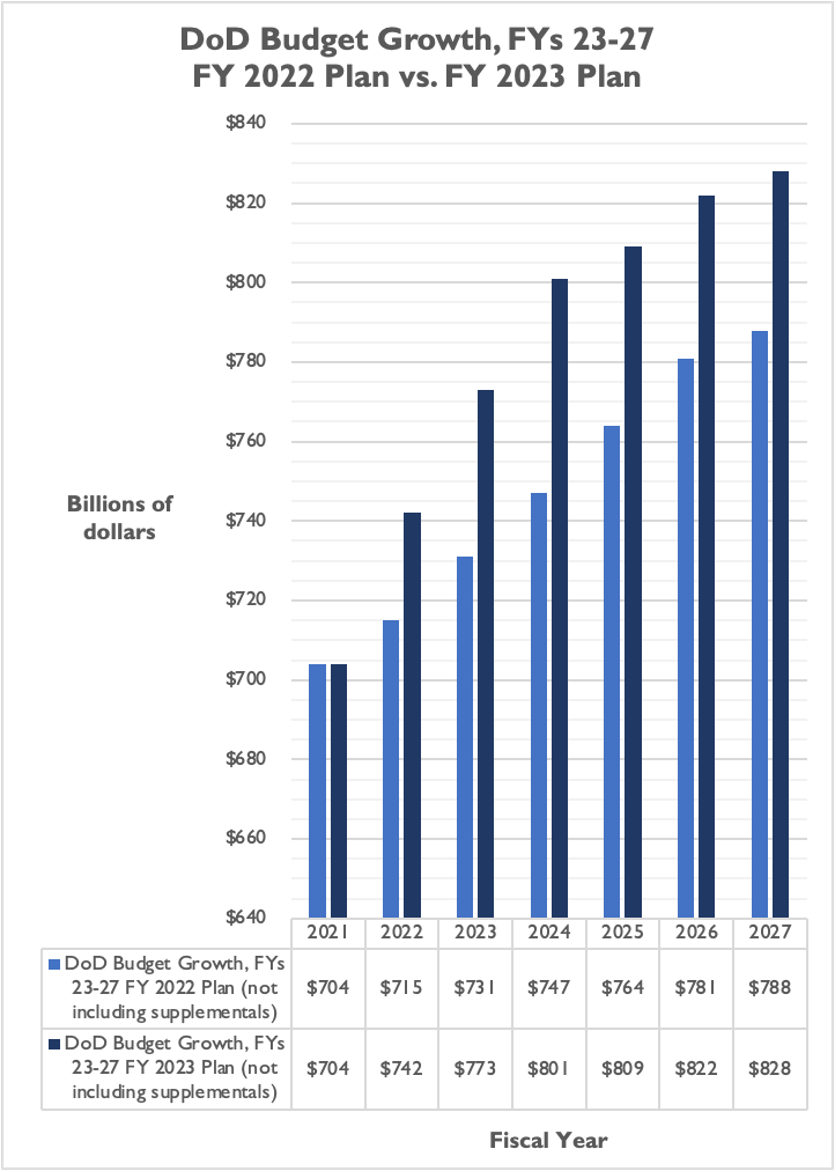 Expect FY 2023 UPLs – and lawmakers’ regular efforts to increase the defense budget – to set this baseline even higher again next year.

NTU has previously outlined actions Congress can take to cut back on these wasteful and often rubber-stamped increases to the defense budget:

NTU and other civil society organizations have asked Secretary of Defense Lloyd Austin to take a leadership role in asking the service branches and combatant commands to cut back on their UPL requests. Nothing is preventing these components from doing what U.S. Strategic Command just did by telling Congress that “USSTRATCOM does not have any unfunded requirements to provide for your consideration.”