The American Iron and Steel Institute has been circulating a myth/fact sheet about steel tariffs that were imposed by the Trump administration under Section 232 of the Trade Expansion Act of 1962. Here are three additional myths and facts about steel tariffs.

Myth: The steel Section 232 action is about national security.

According to Eisenhower: “Part of our requirements for iron ore...must be obtained outside this country. Such imports keep our factory wheels turning and assembly lines moving for the national defense.”

Ronald Reagan is another President whose commitment to national security has never been questioned. Reagan’s Council of Economic Advisers wrote: “Trade restrictions impose hidden costs on the economy. They … act as a drag on the rest of the economy, eroding the industrial base in other sectors, and undermining our ability to sustain a balanced defense effort in a national emergency.”

The real mystery is why an industry that produced as much steel in 2017 as it did in 1990 suddenly was deemed a national security risk:

Myth: Economic conditions are strong. The Section 232 steel tariffs are not harming other industries and damaging the overall economy.

Fact: The real question is not whether the U.S. economy is strong, but whether it would be even stronger without steel tariffs. The answer to this was provided by Adam Smith in 1776:

In every country it always is and must be the interest of the great body of the people to buy whatever they want of those who sell it cheapest. The proposition is so very manifest that it seems ridiculous to take any pains to prove it; nor could it ever have been called in question had not the interested sophistry of merchants and manufacturers confounded the common sense of mankind. Their interest is, in this respect, directly opposite to that of the great body of the people.

More recently, in 2018 a panel of economic experts was asked to respond to the following statement: “Imposing new US tariffs on steel and aluminum will improve Americans’ welfare.” Not a single economist agreed. 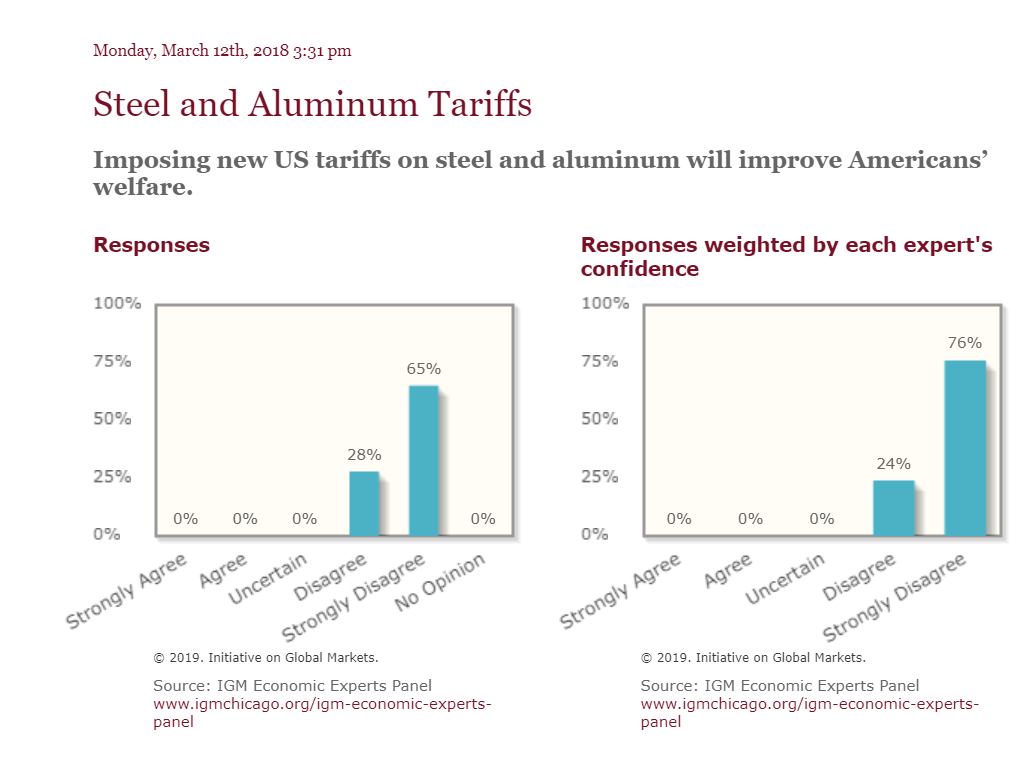 Myth: Downstream products will not be significantly more expensive because of steel tariffs, because the cost of steel also represents a relatively small share of the ultimate price of most downstream consumer goods.

Fact: The Section 232 tariff scheme is reminiscent of a line from the movie Office Space: “I'm just talking about [taking] fractions of a penny here, but we do it from a much bigger tray. A couple of million times.”

Tariffs make U.S. steel-using manufacturers less competitive by increasing the cost of one of their key inputs compared to the price their competitors in other countries pay. 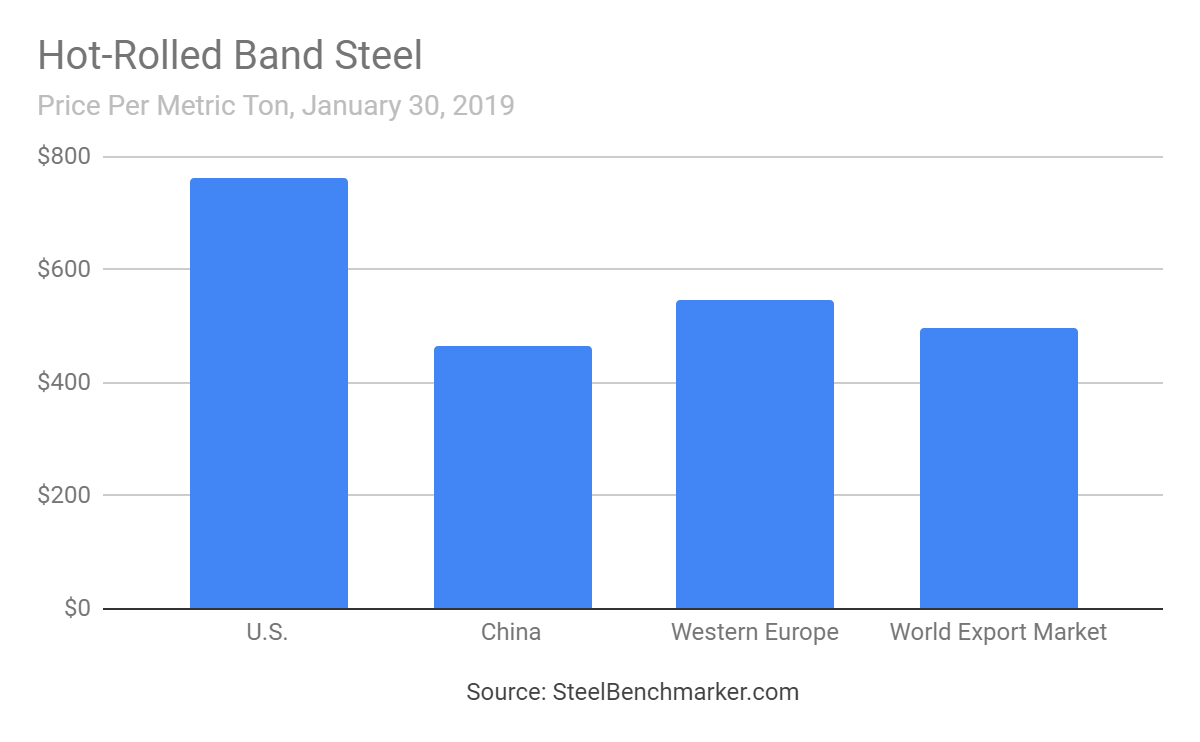 Section 232 tariffs provide a textbook example of how politically powerful special interest groups secure government favors by spreading the costs across the population, thereby hiding the price tag from the general public. Americans pay a little more for a can of soup, a car, infrastructure projects, schools, hospitals, and energy production, while steelmakers pocket a lot. Yale University economist Larry Samuelson observed: “A small number of people, engaged in steel and aluminum production, will benefit from these tariffs, at great cost to many others.” University of Wisconsin economist Menzie Chinn added: “The imposition of tariffs is likely to raise prices for downstream consumers in the defense industry, as well as the overall economy.”

What to do next: Congress should approve the Congressional Trade Authority Act. This legislation would transfer authority for national security investigations under Section 232 to the Department of Defense. It would also give Congress a chance to vote on proposed tariffs. If the steel industry sincerely believes the case for tariffs is legitimate, it should welcome this opportunity for Congress to endorse their claims.