Congressional leadership and appropriators have announced an agreement on omnibus appropriations for the remainder of fiscal year (FY) 2022, March 15 through September 30. This likely avoids a government shutdown in the process. While the agreement presents “wins” for politicians from both parties, it appears that America’s taxpayers are once again the biggest loser.

By way of background, federal agencies have been operating under a CR since FY 2022 began on October 1, 2021. That’s approaching six months as of this writing. Unfortunately, this is not all that unusual in Congress. In the 46-year period from FY 1977 through FY 2022, Congress has passed all appropriations bills on time in just four years (i.e., less than 10 percent of the time) and has passed a total of 195 CRs (an average of more than four per year). 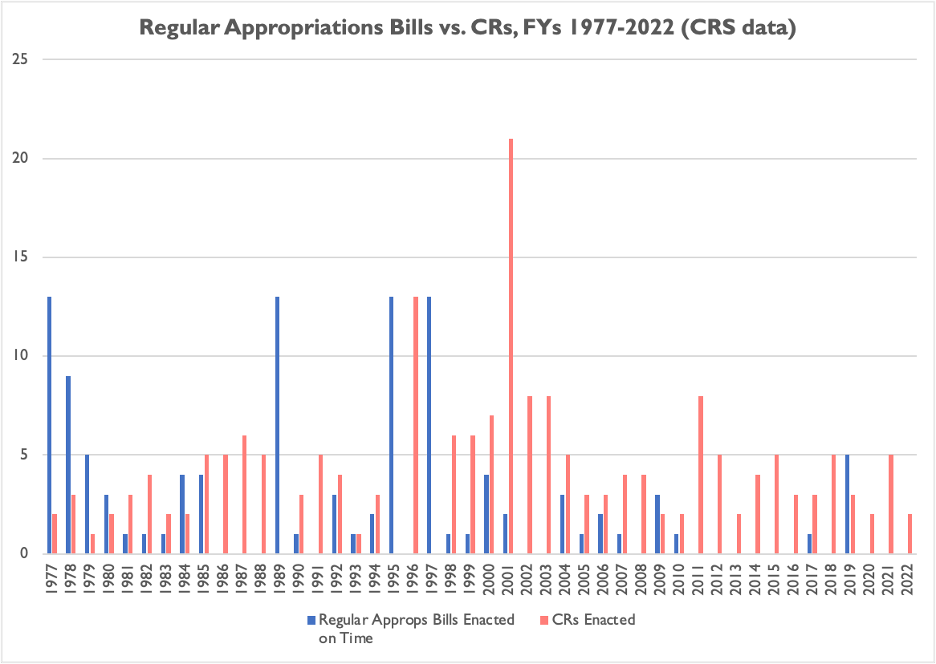 While CRs may present some short-term advantages to taxpayers – specifically, spending taxpayer dollars at lower rates than what might be enacted in a regular appropriations package – they do long-term damage to federal agency planning and execution of important programs. CRs also create political and policy uncertainty, and potentially delay or prevent Congressional efforts to trim wasteful or duplicative federal programs.

Unfortunately, the details of the ‘four corners’ agreement on an FY 2022 appropriations framework indicates that – in an effort to grease the skids for Democratic and Republican votes on a spending package – appropriators aim to spend more taxpayer dollars, not fewer, on an assortment of agencies and programs separately favored by each party.

NTU previously expressed concerns with Democrats’ efforts to significantly increase non-defense discretionary spending for FY 2022. Across 11 of the 12 appropriations bills the House passed ahead of the start of FY 2022 (i.e., all but Defense), Democrats proposed spending around $110 billion above FY 2021 levels. Progressives would rightly be outraged if Republicans proposed a $110 billion increase to the Department of Defense (DoD) budget.

FY 2022 is the first fiscal year since the early years of President Obama’s administration where discretionary spending caps are not in place. The Budget Control Act (BCA) put caps on defense and non-defense discretionary spending from FY 2012 through FY 2021, though NTU research has found that Congress violated the caps to the tune of $2.7 trillion over 10 years.

It appears that FY 2022 appropriations will likely continue more of the same trends: reckless spending increases that saddle more debt on the American taxpayer.