The European Union (EU) is the world’s largest exporter of infant formula, but with a few exceptions, the Food and Drug Administration (FDA) won’t let Americans buy EU-approved formula. Several Senators want to fix that in order to help families endure the current infant formula shortage. 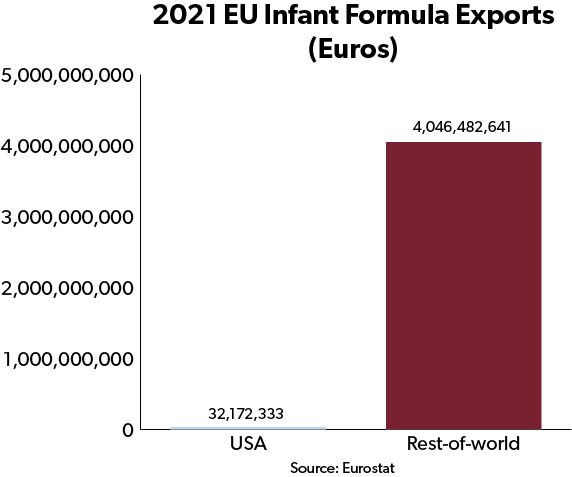 Sen. Mike Lee (R-UT) has proposed the Fixing Our Regulatory Mayhem Upsetting Little Americans (FORMULA) Act. His bill would provide a six-month waiver from FDA regulations and tariffs for infant formula imports from certain countries with similar approval standards as the United States, including those in the EU.

Sens. Marco Rubio (R-FL), Maggie Hassan (D-NH), Rick Scott (R-FL), and Alex Padilla (D-CA) have introduced the Urgently Feeding America’s Babies Act. Rep. Vern Buchanan (R-FL) has introduced companion legislation in the House of Representatives. Their bill would designate infant formula as a scarce and critical material under the Defense Production Act (DPA). While NTU remains skeptical in general of efforts to utilize the DPA for major market interventions, the Rubio-led legislation would also direct the FDA to establish a waiver process to approve the sale of infant formulas currently approved in the EU.

The potential of these efforts to reduce formula shortages is significant. The EU exports enough infant formula to potentially supply the entire U.S. market. But due to FDA regulations, exports to the United States are minimal, and the small quantities that do make it in are subject to 17.5 percent tariffs.

Allowing families to import formula from the EU tariff-free would be safer than leaving many of them with little choice but to homebrew formula based on some recipe they found on the internet. 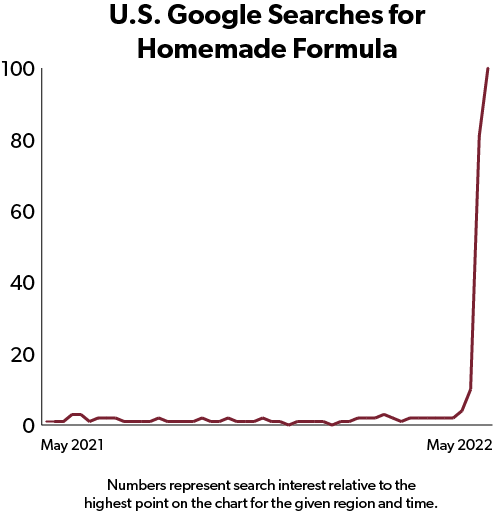 As former FDA associate commissioner Peter Pitts recently told Reason’s Robby Soave: “The difference between European baby formula and American baby formula, more or less, is that the labeling is different. The knot in getting that product into the U.S. isn't safety, it's a regulatory issue.”

Other efforts to address the infant formula shortage are unlikely to provide immediate help to families. In the House of Representatives, Appropriations Committee Chair Rosa DeLauro (D-CT) has introduced a supplemental appropriations bill to provide $28 million in emergency funding “to address the current shortage of FDA-regulated infant formula and certain medical foods in the United States and to prevent future shortages, including such steps as may be necessary to prevent fraudulent products from entering the United States market.”

President Biden tweeted: “We are doing everything we can to make more infant formula available while the closed factory comes back online.” If that were true, he might have added: “...and starting today, families are free to purchase formula from the EU.”

The infant formula shortage illustrates a broader risk regarding efforts to “reshore” supply chains to the United States. When the government imposes tariff walls and other barriers to keep foreign-made goods from our market, the possibility for shortages can actually increase. As the White House pointed out, 98 percent of infant formula sold in the United States is made in the USA. Had American families been free to import tariff-free formula from the start, the temporary shuttering of one U.S. factory would have been much less costly.

That closed formula factory is scheduled to restart production in a few weeks. Its reopening should not remove the imperative for Congress and the Biden administration to lower import barriers in order to prevent similar shortages in the future.