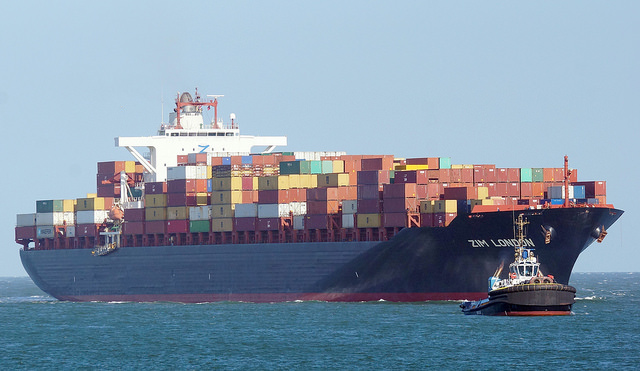 The Trump administration is considering whether to impose an additional 25 percent tariff on $300 billion in imports from China. Responding to an anti-tariff letter from the group Tariffs Hurt the Heartland, Sen. Rubio recently tweeted: “600 U.S. companies ask Trump to surrender to #China. Basically they ask him to allow China to continue to cheat on trade & steal intellectual property, even if doing so would damage America long term,because Chinese retaliation is hurting their business.”

Several Florida businesses have commented on the damage these tariffs would inflict.

From White Closet Bridal in Tampa: “The tariff that the President is proposing will very likely end our industry retail businesses.”

From Milton American Legion Post 78: “Imposing a 25 percent tariff on fireworks will decrease the revenues that we have to fund our programs reducing our bottom line substantially.”

From Gator Cases in Lutz: “This additional tax could only lead to fewer instruments, stands and cases being purchased which could severely impact my company and the people I employ.”

From Universal Parts in Key Largo: “We are a small, Largo FL based scooter parts and accessories distributor that has been in business for 15 years, and we are currently suffering from the expenditure the 10% tariffs are placing on us. Increasing to 25% and taxing EVERYTHING would be devastating.”

These Florida small businesses represent the backbone of America. They are not enablers of communist China simply because they have pointed out the severe impact tariffs will have on their operations. It is outrageous to imply that they are insufficiently patriotic for attempting to avoid becoming collateral damage in a trade war.

Imposing new tariffs paid by innocent American companies and their customers may sound like a way to get tough on China, but there is every indication that the President’s tariffs are actually making the situation with China worse, not better.

According to a U.S. Trade Representative report, “China fundamentally has not altered its acts, policies, and practices related to technology transfer, intellectual property, and innovation, and indeed appears to have taken further unreasonable actions in recent months.” And according to the most recent Economic Report of the President, “Rather than changing its practices, China announced retaliatory tariffs on U.S. goods.”

President Ronald Reagan once observed: “We're in the same boat with our trading partners. If one partner shoots a hole in the boat, does it make sense for the other one to shoot another hole in the boat? Some say, yes, and call that getting tough. Well, I call it stupid.”

New tariffs would result in a total tax increase on Americans of at least $91.6 billion. In real dollar terms, this would be the largest U.S. tax increase since World War II ended. The average American household would pay $718 more for shoes, clothing, electronics and other goods, imposed without a single vote by Congress. And that doesn’t even include the additional cost of retaliatory tariffs and economic displacement.

As we approach Independence Day, it is worth remembering that opposition to taxes and support for trade is not unpatriotic. It is a part of our history, from “Imposing taxes on us without our Consent” to “cutting off our Trade with all parts of the world” as reasons we declared our independence, Sen. Rubio and other politicians should embrace this history.