A top Treasury Department official defended the Biden administration’s proposed changes to international tax law last week by claiming that they would affect only 0.02 percent of all U.S. companies. This talking point lacks significant context, and neither the administration nor its allies in Congress should use this statistic when defending their proposals to taxpayers and other policymakers.

The data point came from Assistant Secretary for Tax Policy Lily Batchelder at an event hosted by the Brookings Institution, according to Politico (full article paywalled):

“Assistant Secretary for Tax Policy Lily Batchelder reminded that the plan for a 15 percent global minimum tax on large businesses would only potentially apply to an ‘incredibly small’ number of the nation’s biggest corporations — on the order, she added, of 0.02 percent of all U.S. companies.

‘This is emphatically not something that small or even reasonably large corporations will be affected by,’ Batchelder said in a forum sponsored by the Brookings Institution.”

Batchelder is technically correct: Pillar Two’s rules only apply to multinational companies with ​​€750 million or more in annual revenue – a little over $800 million as of this writing. That means only a small proportion of all U.S. companies are affected by the Biden administration’s proposed changes to come in compliance with the second pillar of the two-part international tax agreement the U.S. signed in October.

However, the 0.02 percent of companies who are affected by the rules make up a significant portion of annual revenue reported by U.S.-based companies and total assets owned by U.S. businesses. They also employ millions of Americans, meaning Treasury’s tax rules will affect not only these companies but potentially millions of workers. 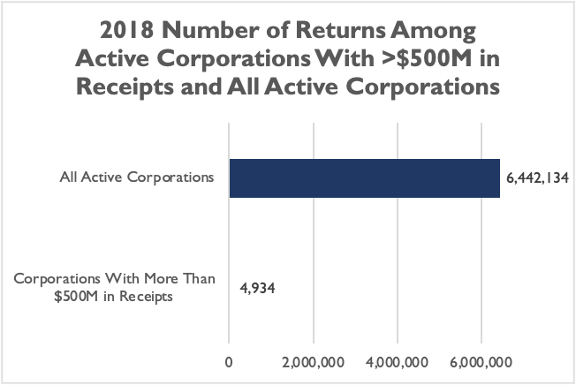 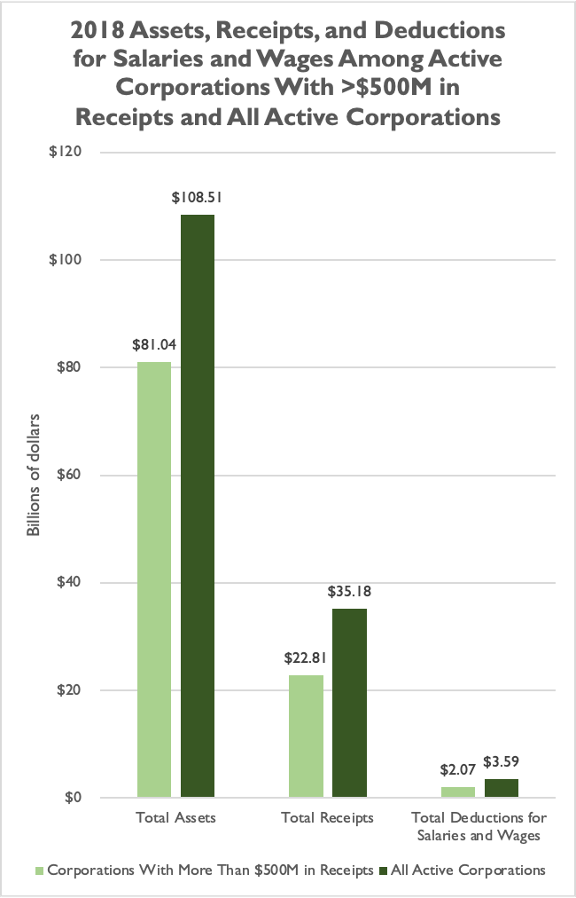 More recent data tracked by Fortune indicates that dozens of the top earning U.S. companies would likely be subject to Pillar Two (where they have foreign income). For example, the top 25 U.S.-based companies by revenue in 2021 combined for $4.8 trillion in business revenue, $12.6 trillion in total assets, and more than 7.8 million employees.[3]

In short, it is disingenuous for Treasury to defend their proposals by claiming only “0.02 percent” of companies will be affected. Even if technically true, these companies bring in trillions of dollars of revenue each year, pay tens of billions of dollars in federal taxes, and employ tens of thousands (or hundreds of thousands or, in some cases, even millions) of Americans. Pillar Two changes absolutely will affect these workers. Treasury should consider those impacts carefully when designing policy proposals, and should work in collaboration with Congress on global tax challenges ahead.

[3] Not all of these employees – nor all of the revenue or assets reported by Fortune – are based in the U.S. We cite these data to demonstrate that the relatively small number of companies affected by Pillar Two report large amounts of revenue and assets, and employ among them millions of workers.