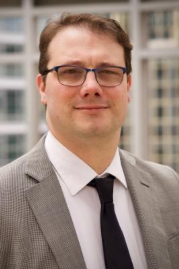 While at CEI he developed and executed a strategy that increased fundraising for the annual dinner to over $1 million annually and set records seven years in a row. He also helped launch CEI’s direct mail program, which grew CEI’s donor base tenfold. During his time at Atlas Network he established new relationships with donors, achieved record revenues for their annual Liberty Forum and for the organization's overall budget.

Al has also spoken numerous times on fundraising topics and has taught classes for the Leadership Institute, Atlas Network, and America’s Future Foundation.

He is a native of the San Francisco Bay Area and graduated with an economics degree from the University of California, San Diego. Al also did coursework at Foothill College and the Middle East Institute. He enjoys cooking, exploring historical sites in the Washington, D.C. area, and reading books on history.

Al lives in Washington, D.C., with his wife, mother-in-law, and two smokers. In addition to English, he speaks Farsi.