What Are the Major Credits and Deductions for Energy? 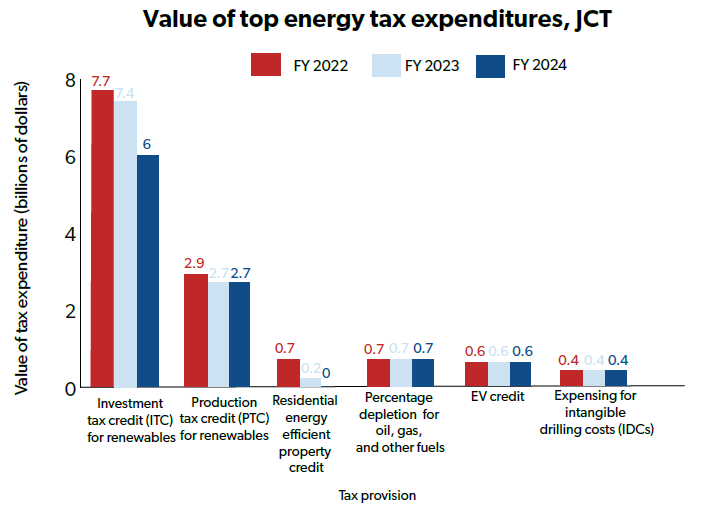 Are These Credits and Deductions “Loopholes”?

What Are the Major Biden, Senate, and House Proposals Addressing Energy Credits and Deductions? 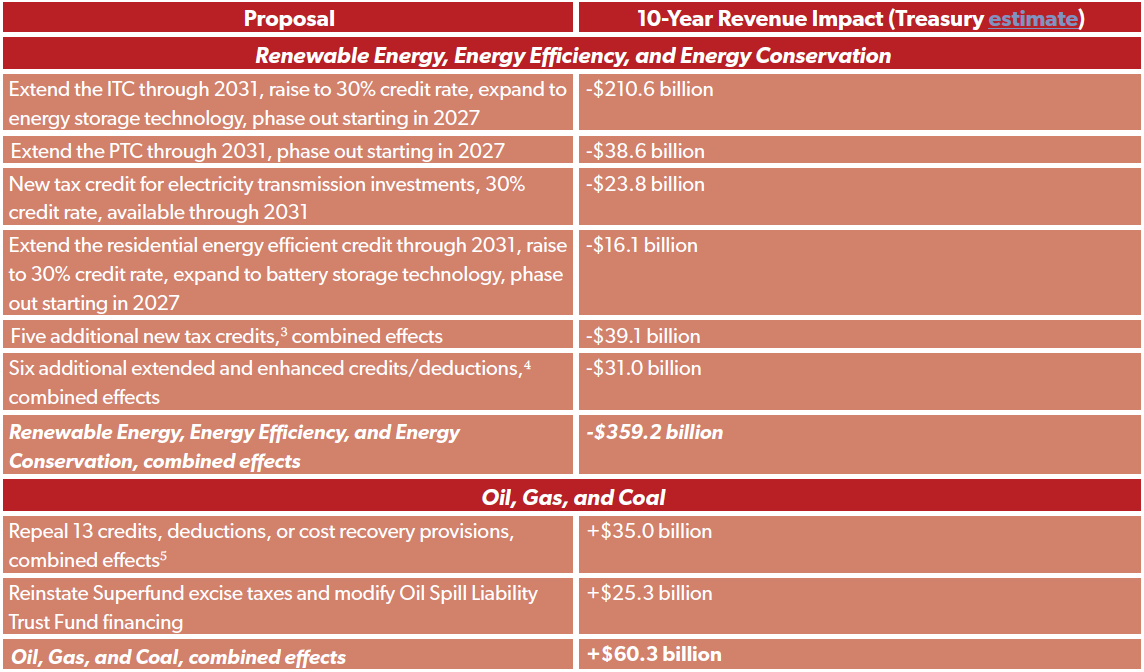 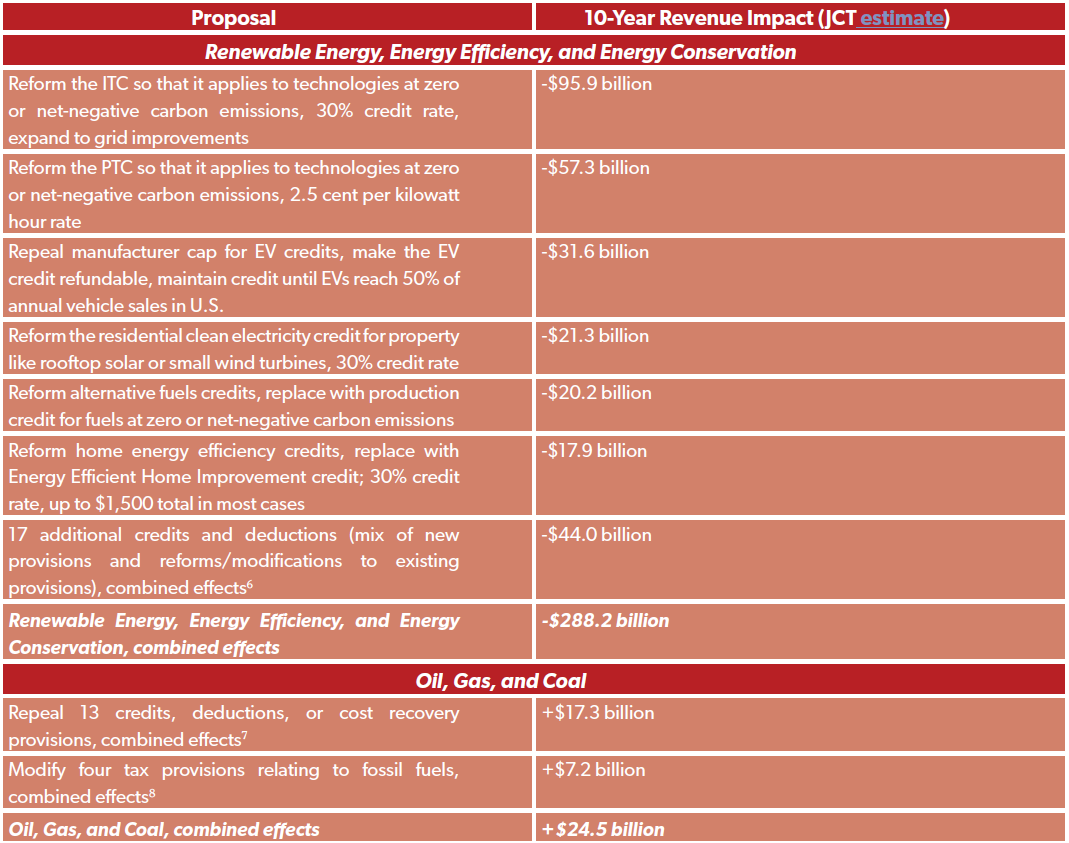 What Are the Major Excise Taxes on Energy?

Where Can I Find Additional Resources?

● Tax Foundation, “A Guide to the Fossil Fuel Provisions of the Biden Budget,” September 2021

● JCT, “Description Of The Chairman’s Mark Of The ‘Clean Energy For America Act,’” May 2021

[1] There are actually 11 different credits, all with differing credit rates and some with credit rates that decline over time. Three of the 11 credits (microturbine property, fuel cell property, and residential energy efficient or other residential property) have a dollar maximum credit amount, regardless of the credit rate. Seven of 11 credits expire in 2024. One expires in 2022, one expires in 2023, and two never expire.

[3] Those five new credits are for: 1) electricity generation from nuclear power plants, 2) advanced energy manufacturing, 3) heavy- and medium-duty zero emissions vehicles, 4) sustainable aviation fuel, and 5) low-carbon hydrogen. Combining effects in the table above since these five credits are each worth less than $10 billion over a decade.

[4] Those six expanded or extended credits/deductions (all credits unless specified) are for: 1) nonbusiness energy property, 2) construction of new energy efficient homes, 3) energy efficient commercial buildings (deduction), 4) mechanical insulation labor costs, 5) carbon oxide sequestration, and 6) EV charging stations. Combining effects in the table above since these five credits are each worth less than $10 billion over a decade.

[8] Changes to the treatment of so-called “dual capacity” U.S. taxpayers who have operations in foreign countries (+$5.6 billion) is by far the largest tax hike of these four, making up 78% ($5.6 billion) of the $7.2 billion estimate above.