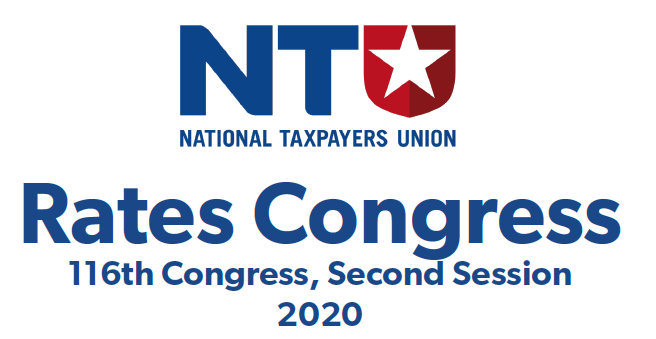 The National Taxpayers Union has released the congressional ratings scorecard for the second session of the 116th Congress. NTU's ratings are the most comprehensive analysis of the way that members of Congress vote for taxpayers. For our 2020 congressional ratings, NTU scored a total of almost 200 roll call votes in Congress, which includes 17 votes in the Senate and 178 votes in the House of Representatives. 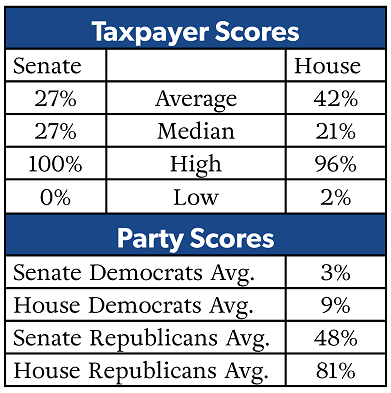 Every vote with a fiscal impact received a score and a weight from NTU. This year, 18 Representatives and 5 Senators had a voting record worthy of a “Taxpayers’ Friend” award, which are given to the members of Congress who set a high standard for protecting taxpayers’ interests.

The Taxpayer Score measures the strength of support for reducing spending and opposing higher taxes. In general, a higher score is better because it means a member of Congress voted to spend less money.

The Taxpayer Score can range between zero and 100. We do not expect anyone to score a 100, nor has any legislator ever scored a perfect 100 without missing a vote in the multi-year history of the comprehensive NTU scoring system. A high score does not mean that the member of Congress was opposed to all spending or all programs. High-scoring members have indicated that they would vote for many programs if the amount of spending were lower or if the budget were balanced. A member who wants to increase spending on some programs can achieve a high score if he or she votes for offsetting cuts in other programs. A zero score would indicate that the member of Congress approved every spending proposal and opposed every pro-taxpayer reform.

NTU believes a score qualifying for a grade of “A” indicates the member is one of the strongest supporters of responsible tax and spending policies. We are pleased to give these members of Congress our “Taxpayers’ Friend Award.” 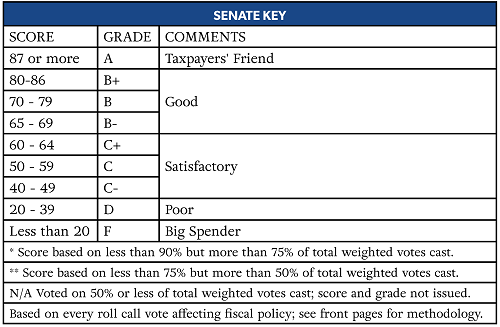 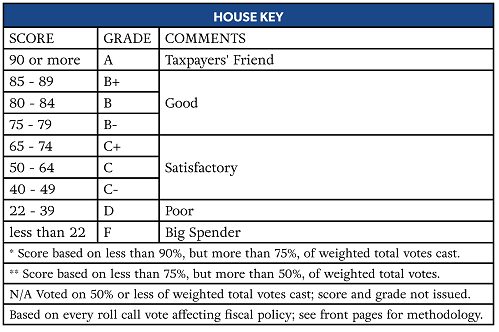