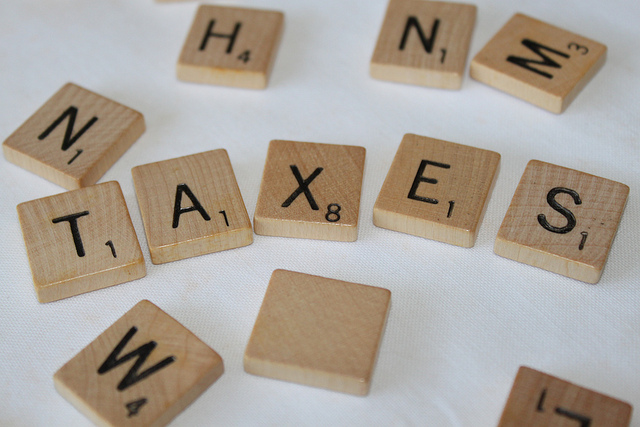 As Democrats struggle to find new revenue sources to pay for $3.5 trillion in spending, one would think that restoring a large tax deduction for the wealthiest Americans would be the furthest thing from their minds. Unfortunately, Democrats have been conducting a campaign to convince voters that the State and Local Tax (SALT) deduction is actually crucial for middle-class workers, as opposed to the wealthier Americans that are its main beneficiaries.

The 2017 Tax Cuts and Jobs Act capped the value of the SALT deduction at $10,000. The bill contained dozens of changes to the individual tax system, which pushed more taxpayers towards taking the nearly-doubled standard deduction and simplifying the code’s structure. Now, some Democrats from high-tax states are pushing to restore the full value of the deduction.

NTU got into more depth on the SALT deduction recently in one iteration of its "What’s the Deal With...?" series, but let’s briefly dispel some of the myths Democrats have been pushing.

“SALT is about the middle class”

Even factoring in the higher cost of living in states concerned about the capping of the SALT deduction, eliminating the SALT cap would overwhelmingly benefit wealthy taxpayers. Data from the Tax Policy Center shows that about 57 percent of the benefit of eliminating the SALT cap would go to the top 1 percent, while 83 percent would go to the top 5 percent. Taxpayers below the top 20 percent would receive just about 4 percent of the total benefit. All told, 99 percent of the benefit of SALT cap repeal would flow to taxpayers with $100,000 or more in annual income.

A distributional analysis isn’t always the most important metric for a tax change, but in this case it is Democrats attempting to dismiss differential impact that they would ordinarily decry as fundamentally unfair. But any argument that SALT has any significant impact on the middle class is simply false.

Fortunately, no. Double taxation occurs when taxpayers are taxed twice on the same income for the same services. Taxpayers receive different services, such as they are, from their state and local governments than from the federal government. No state offers a deduction for taxes paid at the local level for this reason — it’s a separate tax paid to fund separate government services.

The irony here is that states like New York, from which many of the most vociferous SALT cap opponents hail, do impose actual double taxation through convenience of the employer rules, as NTUF highlighted in a recent issue brief.

Left-wing discourse around the SALT deduction is overflowing with ironies and logical gymnastics, and this argument is no different. Democrats who everywhere else endorse taxing the wealthier at higher rates trip over themselves to find ways to say that progressive taxation is unfair — only when it comes to the SALT deduction.

First of all, states don’t pay federal taxes, per se, residents do. Any discussion of “donor states” in the context of the federal tax code must acknowledge that the measure is simply an aggregation of individual income tax bills and spending programs that benefit individuals in that state, not some bill that is paid by the state government for services rendered by the federal government.

States whose residents pay more in taxes to the federal government do so because they are wealthier. The American system of progressive taxation to fund government programs, many of which like Medicaid benefit poorer citizens, is a reflection of a liberal governing philosophy. To aggressively advance this ideology in all other settings, but decry it because many residents of wealthier states happen to be Democrats, is hypocritical to say the least.

In any case, it’s silly that Democrats take issue with wealthier Americans paying more in taxes only at the state level. If anything, progressive logic should dictate special tax deductions for taxpayers from states that pay less in taxes, not states that pay more.

“SALT prevents wealthy taxpayers from realizing the full impact of the tax burden high-tax states place on them by allowing them to recoup some of the loss through the federal tax code, thereby preventing them from fleeing to states to states that are not determined to milk their wealth for ever-expanding government spending”

Below is a list of comments Democrats in Congress have made about the SALT deduction that are directly contradicted by the above debunkings (well, except for the last one), presented in no particular order.

On the other hand…