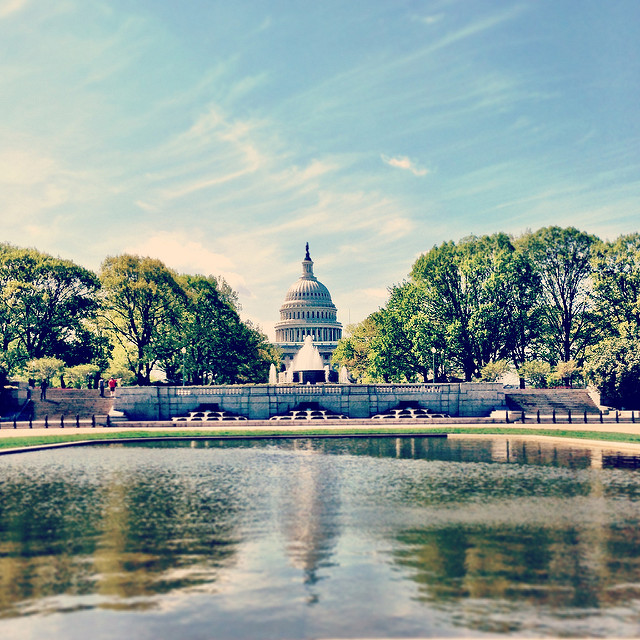 The president unveiled his budget request for fiscal year (FY) 2021, including policy proposals to shape spending and revenues over the next decade. Similar to the reaction to budgets released by previous administrations, the plan has been criticized for relying on rosy projections of economic growth and low interest rates that help to bolster tax revenues and reduce the cost of financing the federal government’s massive debt. Given these concerns in tandem with the political climate in D.C., many in Congress may be quick to dismiss the package. Before they pass a hasty judgment, the administration’s blueprint does include some reforms that lawmakers should consider and strengthen in order to set the budget on a path to balance.

The Budget Baseline and the President’s Blueprint

The latest budget outlook from the Congressional Budget Office (CBO) foresees deficits exceeding $1 trillion this year and growing annually over the next decade.[1]However, CBO is required to construct the baseline largely assuming that spending and revenues will continue under current law, a methodology which leaves out certain spending and counts on revenues that won’t occur given the policies that Congress tends to enact. With the past as a guide, the budget can be expected to see even worse deficits than projected unless there is a course correction.

The president’s blueprint would set a path for balance, but not until 15 years from now. To get there, the budget relies on annual 3 percent GDP growth, faster than CBO’s projection of 2.2 percent growth in 2020 and 1.7 percent annually through 2030. The administration justifies the faster rate, in part, on passage of the new United States-Mexico-Canada Agreement.[2]The budget also locks in the individual income tax provisions of the Tax Cuts and Jobs Act that are set to expire after 2025.

The administration’s case for higher annual growth would be strengthened by also extending the full expensing for businesses included in the tax reform package. This provision simplifies the tax code by eliminating complicated depreciation schedules and helps to maximize economic growth.[3]Unfortunately, the budget outlook does not assume extension of full expensing, making it harder for economic growth to reach the president’s target.

There are, however, several reforms on the spending side and a number of recommendations for improving the budget and scorekeeping process that Congress should consider and strengthen in order to lock in budgetary savings.

Last year’s Bipartisan Budget Act of 2019 (BBA) overrode the remaining two years of discretionary spending caps originally set in place by the Budget Control Act of 2011 (BCA).[4]The BBA allowed for $303 billion in higher spending levels over FY 2020 and 2021, after which the discretionary spending caps will expire.[5]The president’s budget supports new base caps for defense and non-defense programs from FY 2021 through 2025. It would also rein in funding for Overseas Contingency Operations, which has allowed for higher spending beyond the constraints of the BCA caps.

It is important for Congress to set fiscal targets as it puts together budgets in the post-BCA world. Setting strict caps would help impose discipline on the process. The president’s proposed caps could be strengthened by further constraining the growth of defense spending. CBO projects that defense spending will grow by 4 percent this year, to $705 billion. The administration would reduce non-defense spending by two percent each year yet allow defense to grow by two percent under the caps, providing $153 billion in higher spending through 2025. More must be done to rein in spending increases throughout the budget.

To reduce discretionary expenditures pursuant to the caps, the budget focuses on ways to reduce wasteful spending by consolidating overlapping programs and targeting ineffective programs for elimination. For example, the budget notes that the federal government spends “$19 billion per year on more than 40 workforce development programs across 15 agencies. The budget begins the work of rationalizing this convoluted system by eliminating ineffective, unproven, or redundant job training programs.”

The budget includes a document of Major Savings and Reforms, with a list of 65 discretionary eliminations and 69 discretionary reductions to save taxpayers $48 billion.[6]Each proposal includes a detailed justification for implementing the reform. Budgets introduced since President George W. Bush has included lists of similar reforms, but unfortunately, Congress rarely takes action on the proposed reforms, prolonging the seemingly interminable war on federal waste.[7]In fact, 12 of the savings proposals in Trump’s new budget were also included with President Obama’s final budget, including spending reductions for 21st Century Community Learning Centers, Community Development Block Grant formula funds, and the McGovern-Dole Food for Education Program.[8]These bipartisan recommendations should be first on Congress’s list for spending reform.

The administration also promises to crack down on “use it or lose it” spending. As noted by NTUF and Open the Books, federal agencies face incentives to spend down their obligated funds at the end of the fiscal year in order to avoid a budget cut the next year.[9]This leads to a spike in agency purchases in the fourth quarter. The budget notesthat the administration “is committed to closely scrutinizing how it spends money at the end of the fiscal year, and curtailing wasteful and questionable purchases.”[10]

The Congressional authorizing committees need to take steps to reduce overlapping and ineffective programs within their jurisdiction and put a check on out of control spending. However, even if they did successfully cut out all discretionary waste, this would only make a dent on the deficits.

CBO’s baseline projection finds that government outlays are set to rise from $4.6 trillion in 2020 to $7.5 trillion in 2030, and “increases in mandatory spending—particularly for Social Security and Medicare—account for nearly three-quarters of that increase.” Any hopes of balancing the budget would require substantial reforms to federal entitlement programs.

In CBO’s baseline, the cost of Medicaid is projected to grow by six percent per year, and Medicare will similarly grow by eight percent. The budget includes proposals to moderately slow the growth in Medicaid outlays to three percent per year and Medicare would be held to six percent. Some of these proposals were also included in President Obama's budget requests highlighting bipartisan support for needed reforms in these programs. There is no significant difference in the rates of growth in Social Security from the CBO outlook and the President’s budget. More must be done on a bipartisan basis to shore-up Social Security and Medicare before their trust funds face insolvency.

With deficits set to grow practically uncontrolled over the next decade, lawmakers need to turn their attention to spending reforms. As Congress considers a successor to the Budget Control Act’s spending caps, lawmakers would be advised to lock in savings sooner rather than later to have the greatest impact on the long-term budget outlook. This would help provide some cushion in case the economy sees a downturn, and, as we saw with previous deficit control efforts, lawmakers will gradually chip away at the savings. A bipartisan solution is needed to rein in overspending and to stop passing the buck onto future generations for profligate spending today.

[8]Office of Management and Budget. (2016). “Cuts, Consolidations, and Savings.” Retrieved from: https://obamawhitehouse.archives.gov/sites/default/files/omb/budget/fy2017/assets/ccs.pdf