A decade after the biggest bailout in U.S. history, the government is still heavily involved in credit markets. In 2019, the federal government will provide $1.5 trillion in credit assistance to individuals and businesses through 79 programs that issue direct loans or loan guarantees. And unless Congress and the Congressional Budget Office (CBO) reform their approach to estimating the scale of that involvement, the true cost of these efforts will remain hidden.

While the official statutory method for accounting for the costs of these activities finds that the government stands to save $37.4 billion over the lifetime of the loans, a more realistic evaluation of federal credit programs that accounts for market and default risks exposes a net cost of $37.9 billion – a dramatic $75 billion about-face in the impact on taxpayers. This “fair-value accounting” approach should become standard operating procedure in order to more accurately assess the true cost of federal credit assistance programs.

The federal government administers a wide-range of direct loan and loan guarantee programs to individuals and business for activities including home ownership, student loans, small business, farming, energy, infrastructure investment, and exports. Taxpayers are also on the hook for the loans made through the Government Sponsored Enterprises (GSEs) Fannie Mae and Freddie Mac. The Congressional Budget Office (CBO) reports that the federal government will provide credit assistance totaling $1.5 trillion in Fiscal Year 2019, comprising $123 billion in direct loans and $1.4 trillion in guarantees.

Projecting the long-term budgetary impact of credit programs is difficult, since a true evaluation of the costs must take into account future cash flows “of uncertain amounts that can continue for several years,” as the CBO writes. For example, a direct loan typically results in upfront outlays with payments returned over a longer period, but there is also some degree of risk of default since some borrowers are unable to pay back all or a portion of the initial loan. A default by a borrower will result in additional outlays. In order to translate the future cash flows into current dollars, a discount rate is applied based on expected interest.

Federal agencies are required to follow the Fair Credit Reform Act (FCRA) of 1990 when estimating the costs of credit programs. This stipulates that the discount rate is based on projected yields of Treasury securities with the same term to maturity. This method tends to underestimate the true value of the loans or guarantees because it does not account for the cost of risk of the loans.

At the request of the House Committee on Financial Services Chairman Jeb Hensarling, the CBO performed a “re-analysis” of these programs utilizing a more accurate valuation method. CBO’s re-analysis employs fair-value accounting to apply a risk premium representing “the additional compensation that investor would require to bear the risk of the credit.” This applies a competitive market value to the assessment of the federal government’s credit obligations under traditional FCRA analysis. The results from the two accounting approaches present a stark contrast.

Under FCRA, federal agencies calculated that the lifetime value of their credit programs would result in $37.4 billion in budgetary savings for taxpayers, meaning that discounted value of inflows exceed the level of outflows. While this sounds like good news on its face, it raises doubt as to whether taxpayers should be involved at all in supporting loan activity that could be conducted profitably in the private sector. If the loans are profitable, there would be no need for the government to step in and provide credit in markets where others fear to tread.

As noted, the analysis looks quite different when viewed through the lens of fair-value accounting: the $37.4 billion in budgetary savings becomes a $37.9 billion cost from the credit programs – a $75 billion re-adjustment of the taxpayers’ exposure. Every single program had a higher subsidy cost under fair-value accounting. While some programs still had negative subsidy rates, on average the subsidy costs were 5 percent higher under fair-value analysis than by FCRA guidelines. This approach sheds light on the full potential costs associated with at-risk taxpayer funds.

Where the Taxpayers Face Risk

80 percent of the changes in the assessment of taxpayers’ liability came from three program areas: the GSEs, student loans, and loans and guarantees issued by the Department of Housing and Urban Development. 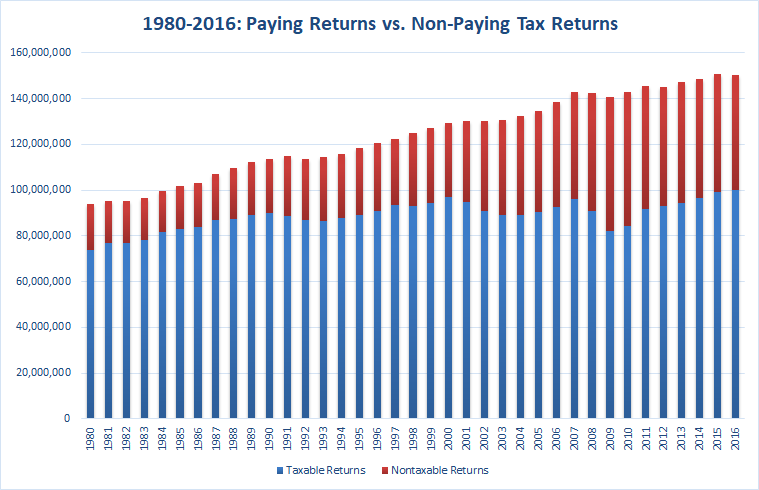 In the current Congress, the House Republicans' budget resolution for FY 2019, H.Con.Res 128, would have potentially increased use of fair-value accounting at the request of the chair of the House Budget Committee. More importantly, the resolution required CBO to include fair-value estimates of loan and loan guarantee programs "as practicable" in its annual Budget and Economic Outlook analyses. It would also have made fair-value estimates compliant with budget enforcement requirements.

A stronger approach was introduced in the previous four Congresses as the Budget and Accounting Transparency Act. This proposal would have required use of fair-value accounting by CBO and the Office of Management and Budget. The Act was passed by the House in 2012 and 2014 but has not yet been introduced in the current Congress.

The government already spends hundreds of billions more than it taxes per year, and this unsustainable trend is projected to persist over the foreseeable future. The true extent of the fiscal nightmare is partially masked because of budget rules that have been instituted by Congress. Policymakers need solid projections to make good policy, but CBO is required to use unreliable methodologies such as a “current-law baseline” that under-estimates spending and FCRA which undervalues the cost of federal loans.

This is why it is encouraging when CBO provides reports using more realistic analyses and methodologies. For example, CBO did something similar when it used private-sector modeling to reevaluate the net risks of the National Flood Insurance Program. CBO also generally includes a handful of alternative fiscal scenarios as part of the budget and economic outlook based on different assumptions of spending policies than it must include in a current-policy projection.

Ultimately, Congress needs to reform budgetary rules to make fair-value analysis of credit programs the official standard. Market-based risk assessments provide a more accurate depiction of taxpayers’ liabilities and can pave the way for reform of the government’s loan activities.

Demian Brady is Director of Research for the National Taxpayers Union Foundation.