Spurred by a flawed article from The New York Times, commentators keep describing a provision from the Coronavirus Aid, Relief, and Economic Security (CARES) Act as a handout for the rich. That characterization is misguided, to say the least. The provision at hand, a loosening of net operating loss rules, isn’t cronyism. Instead, it reflects Congress’s priority of helping affected individuals and businesses weather our economic crisis by smoothing out “lumpy” tax burdens over time.

Net operating losses (NOLs) are key features of the tax code. Tax years, calendar years, and business profitability don’t always align. Net operating loss provisions help smooth profits and losses across tax years to ensure that businesses are taxed on their economic income, not an accounting byproduct. I described this phenomenon in an earlier piece:

Imagine a florist preparing for a busy Valentine’s Day. She preorders dozens of roses to have in stock by early February. She spends $50 in January to preorder the flowers, but receives $100 in revenue in February. We would all agree that she has $50 in taxable income.

But what if she decided to prepare a bit earlier? Instead, she orders her $50 in flowers in December, but still sells the flowers for $100 in February. Here, the calendar year impacts her tax liability. Instead of being taxed $50 for her sales, she’d instead have a loss in the first year and $100 in taxable income in the second. The net operating loss allows her to carry forward her $50 loss from December to reduce her liability for the next year.

Though it made many other positive changes, unfortunately the Tax Cuts and Jobs Act (TCJA) capped NOLs to help finance broader tax reforms. For corporations, NOLs were limited to 80 percent of taxable income in any given year, and carrybacks were eliminated. Carryforwards, however, became unlimited. In short, businesses were limited in their NOLs in any one year, but could use those losses to reduce future liabilities. For pass-through businesses, losses were limited to $250,000 for single filers and $500,000 for married couples. Any losses in excess of those amounts would be carried forward to future tax years.

To help businesses affected by the COVID-19 crisis, Congress rewrote its recent changes. For C corporations, the 80 percent cap was lifted and losses generated in 2018, 2019, or 2020 can be carried back up to five years. For pass-through businesses, the $250,000/$500,000 caps were lifted for 2018, 2019, and 2020. The Joint Committee on Taxation estimated the change for C corporations would reduce federal tax revenue by $26 billion over the next decade, with the pass-through change reducing revenues by $170 billion over the next decade.

Opponents of the change have seized on that disparity as a sign that Congress is trying to benefit rich real estate investors. But that claim misunderstands what is happening.

The limit only applied to high-income filers in the first place. For smaller businesses and the less affluent, there was no cap on losses. This change equalizes tax treatment, regardless of the income of the owners.

Second, the size difference between the C corporation and pass-through revenue scores is largely a reflection of the relative size of the two sectors. The pass-through sector dwarfs traditional C corporations, based on the number of filed tax returns, but they also generate the majority of all business income. In 2015, the last year of available data, pass throughs represented almost 60 percent of all business net income. 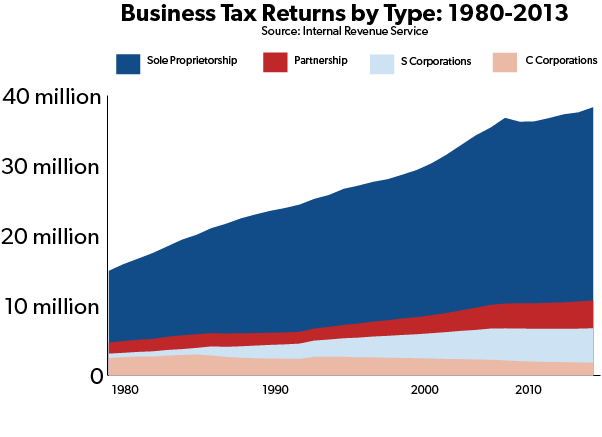 Third, the change isn’t a “handout” to the real estate industry. Pass-through businesses are common in every major industry and segment. Large accounting and law firms are often pass throughs, for example. Some of the nation’s largest companies are pass throughs, employing thousands of Americans. Since COVID-19 impacts each sector of the economy, the impact of the NOL change would accrue to each sector too.

In fact, real estate investors are less likely to benefit than other industries, as NOLs are limited for passive investors. Historically, wealthy investors would purposely invest in failing businesses to offset their profitable investments. To combat that, Congress in the 1986 tax reform limited the ability of investors to claim losses for investments where they are not actively involved. To qualify for a loss deduction, the investor must participate in the day-to-day activities of the business, generally for 500 hours or more per year. If investors don’t “actively participate,” losses are limited. And those rules are even more strict for real estate investors.

Though Congress loosened the NOL rules in the CARES Act, it did not modify the underlying passive loss rules, meaning that many passive real estate investors will be, correctly, closed off from that relief.

Additionally, many have argued that it made little sense for Congress to revise loss rules for 2018 and 2019, when the virus wasn’t a consideration. In the abstract, that concern makes sense but policymakers were concerned about providing immediate liquidity to firms. A 2020 NOL doesn’t help a firm until they file their 2020 tax return in 2021. But allowing carrybacks for 2018 or 2019 allows firms to access capital quickly by amending their previous returns and claiming a refund. In fact, the Internal Revenue Service has credited an expedited process for this exact situation.

Finally, it’s important to note that if the change hadn’t occurred for pass-through businesses because of concerns with regressivity, the tax code would bias pass throughs compared to C corporations, upsetting a core tenet of sound tax policy. The tax code shouldn’t base its decisions on a company’s legal structure.

It is worth noting, however, that critics do have a small point here. With the current five-year carrybacks, some companies will be able to carry back losses generated at a 21 percent corporate tax rate or a 40.8 percent pass through tax rate and use it for a refund against higher tax rates, 35 percent and 43.4 percent respectively.

A great deal of ink has been spilled over the last two weeks arguing that Congress provided wealthy real estate investors with an overly generous tax break in the CARES Act, but a modest examination shows this rhetoric is off base. The newly-loosened NOL rules are generally available, make economic sense, and have specific protections to prevent abuse by real estate investors.