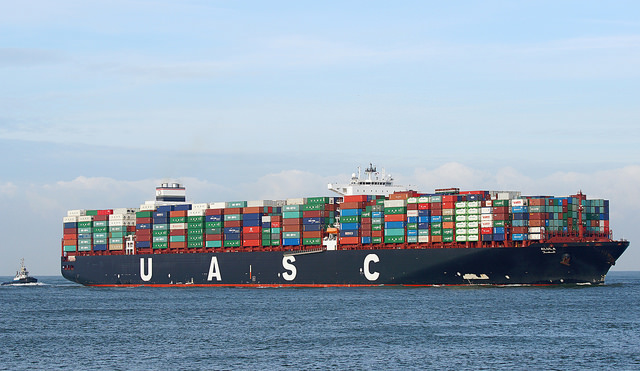 That may sound good in theory, but it is not remotely close to how things work in the real world.

If it is more affordable to buy an imported T-shirt than one made in the U.S., the money that Americans save is spent or invested elsewhere in our economy. On top of that, the dollars Americans spend on imports are either used to buy U.S. exports or to invest in the United States.

Denying American families and businesses the freedom to buy affordable goods does not create strong communities. It simply empowers the federal government to pick winners and losers within the economy based on who has the most political clout.

Amb. Lighthizer: "We're proud of what we have done.... what we tried to do was reorient the purpose of international trade more towards working people in the United States and less towards outsourcing and corporations."

The 8.5 million Americans who work for foreign-owned corporations probably have a more positive and realistic view of the impact of global investment and corporations. Since 2009, jobs created by foreign corporations choosing to invest in the United States increased by 44 percent. Americans would benefit from more international investment, not less.

Moreover, as Pulitzer Prize-winning business and economics columnist Steven Pearlstein wrote in 2012: “Those savings and those extra profits [from outsourcing] aren’t put under the mattress. Most of it is spent or invested in the United States in ways that are hard to track but have surely created hundreds of thousands of jobs in other companies and other industries. Those who hold those jobs would have no reason to know that they are beneficiaries of the process of outsourcing and globalization. But in a very real sense, they are.”

Amb. Lighthizer: "We had lost millions of manufacturing jobs, we had enormous trade deficits, not just with individual countries... but with the whole world, going up every year to the point where it was $800bn, and really something that's not sustainable.”

From 2010 to 2019 the United States added nearly 1.4 million new manufacturing jobs, a trend that began years before President Trump took office. After China joined the World Trade Organization, U.S. manufacturing output increased and manufacturing layoffs declined. According to economist Michael Hicks, “[t]here are major misunderstandings among the public and the media about the manufacturing sector. The U.S. manufacturing base is not in decline, and we have recovered from the recession. Nor are jobs being outsourced because American manufacturing can’t compete internationally.”

Because the Trump administration failed to comprehend the cause of trade deficits, its efforts to reduce them through tariffs were doomed from the start. According to the Congressional Research Service, “[r]ecent empirical research studying tariff adjustments in a panel of countries supports this theoretical framework and finds no significant evidence of tariffs improving a country’s trade balance.”

The Peterson Institute’s Gary Hufbauer and Zhiyao (Lucy) Lu explained the economics: “[T]he United States is bound to run an overall trade deficit with the rest of the world when combined U.S. savings of the household, business, and government sectors are negative, as they have been for some years. To finance the trade deficit, the United States is obliged to borrow or attract investment from the rest of the world, making a global U.S. trade deficit inevitable.”

And that’s not necessarily a bad thing, as economist Walter Williams pointed out: “Our nation has registered current account deficits throughout most of our history, from 1790 right up to our modern period. Over that interval, we went from being a poor, relatively weak nation to the richest and most powerful nation in the history of mankind.”

Amb. Lighthizer: "China has a very clear plan. They have a state controlled economy, and they do what's in China's interest."

Many U.S. trade actions have also been in China’s interest, whether it was quitting the Trans Pacific Partnership (TPP), picking trade fights with our allies in Europe and North America, or, most recently, threatening to impose tariffs on Vietnam, thereby discouraging companies from relocating from China.

Amb. Lighthizer: "There's pretty much a bipartisan consensus that we're moving in the right direction. I think that the Democrats as well as the Republicans realise that we needed to shift the paradigm on trade more in the direction of working people in the United States.”

That might surprise many of the country’s hard-working farmers, who have been forced to depend on unprecedented federal support payments to offset trade war-related losses.

It’s true that there is a bipartisan consensus on trade. That consensus is overwhelmingly in support of trade. See for example Gallup’s Lydia Saad: “Trade enjoys strong bipartisan support in the U.S. today, with roughly eight in 10 Democrats (82%) and Republicans (78%), in addition to 76% of independents, seeing it as more of an opportunity for growth than a threat from imports.”

History will show that the Trump administration failed to shift the paradigm on trade. Instead, it demonstrated how a failure to understand basic economics can inflict significant harm on Americans.