August 3 Update: CBO has released its official score for the Inflation Reduction Act, which can be found here. CBO's projections of the year-by-year impact of spending and revenues in the IRA differ from NTUF's projections below.

Via JCT, we now have data on the distribution of the Inflation Reduction Act’s (IRA) energy and climate tax breaks over the next 10 years. The official data confirms what we estimated last week: the IRA won’t reduce inflation in the near term, since much of the spending in the bill occurs in the next few years and much of the revenue increases (and deficit reduction) in the bill won’t occur until 2027.

Our revenue projections from Thursday were not far off from JCT’s revenue estimates. In the first five years of the 10-year window, our projections were within $2 billion of JCT’s projections in each fiscal year. In the final five years the divergence is larger, between $5 billion and $12 billion each year.

Here are our updated estimates with JCT data, compared to our estimates from last Thursday: 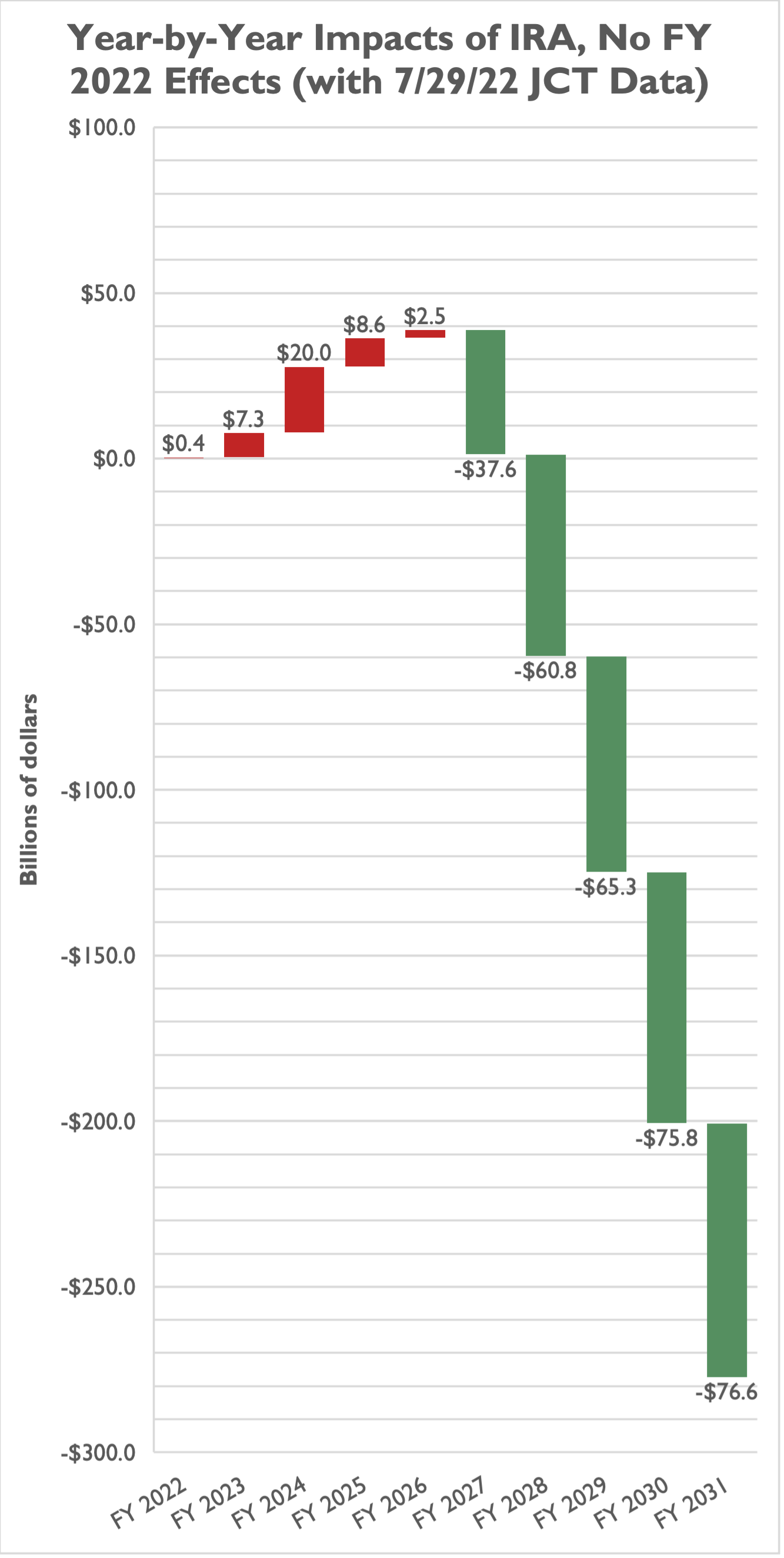 And our updated alternative estimates, which assume the climate and energy spending starts at low levels and grows over time: 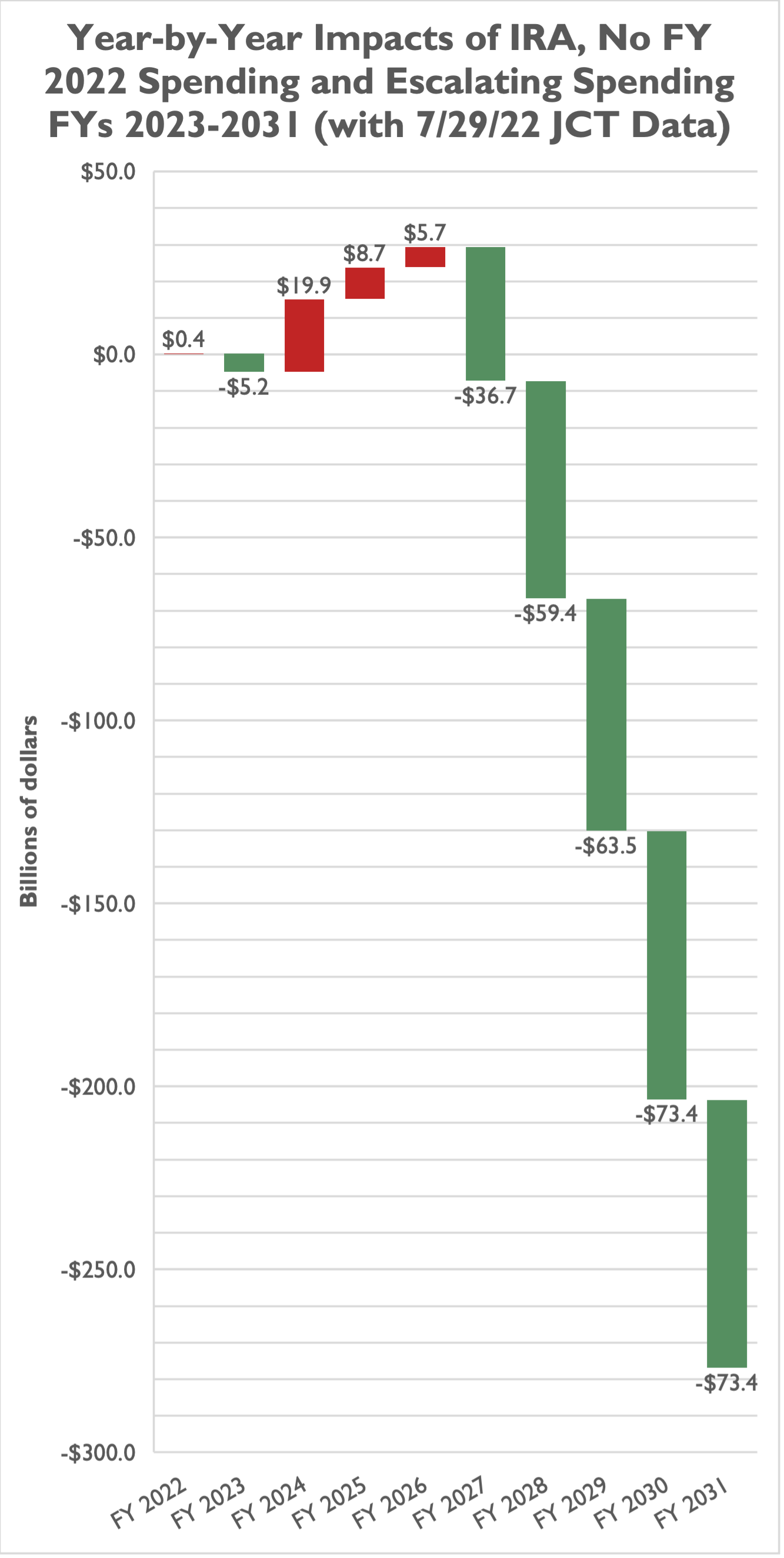 And our alternative estimates after taking out a gimmicky pay-for – the repeal of the never-implemented Trump-era prescription drug “rebate rule.” We maintain lawmakers should not use these phantom savings as an offset to new government spending: 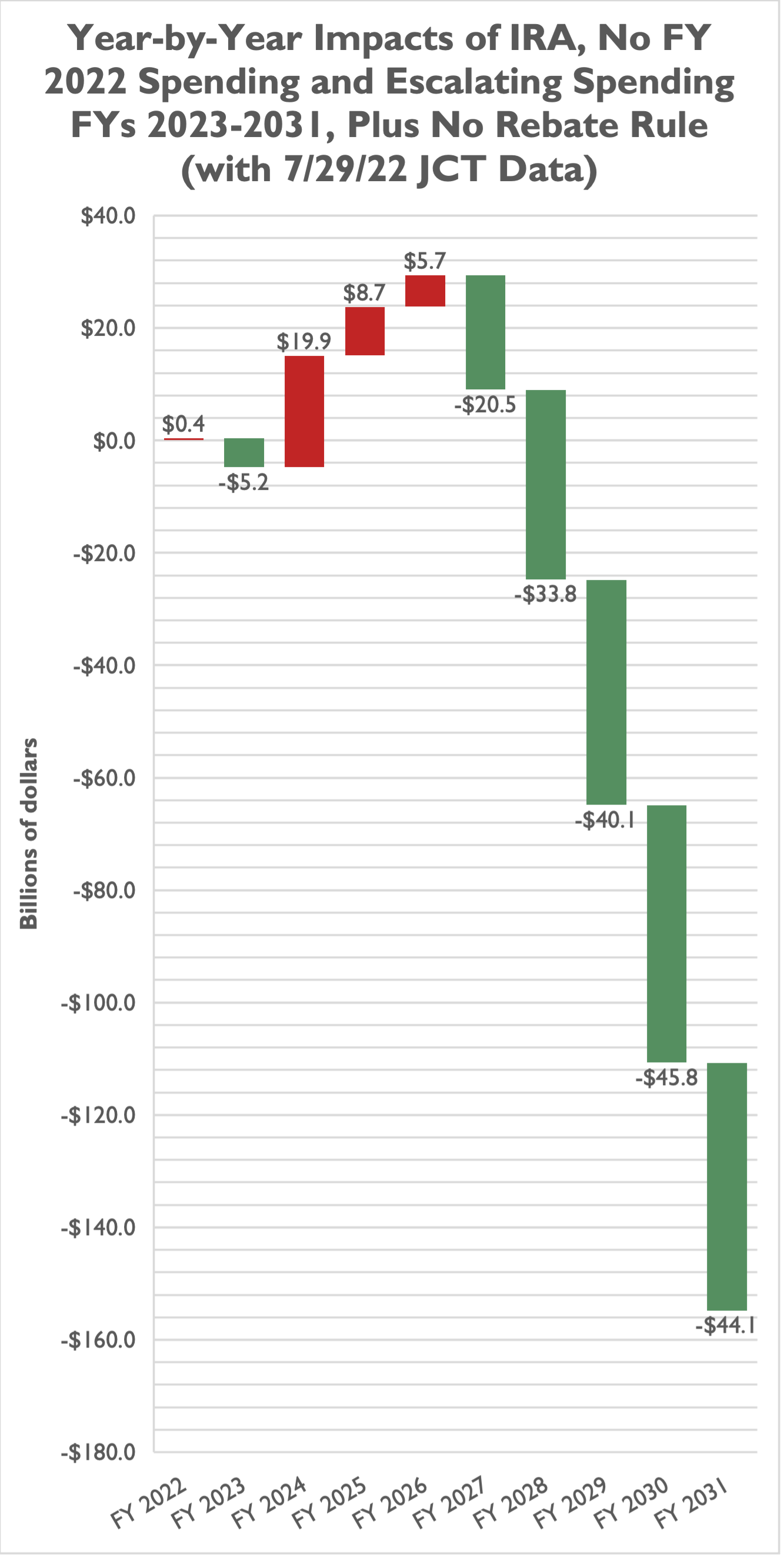 All of the above estimates also slightly modify the revenue impacts of reforms to the taxation of carried interest, based on new JCT data.

The new JCT data largely tells the same story though, one that the Penn Wharton Budget Model and Federal Reserve officials are also telling: the Inflation Reduction Act probably won’t reduce inflation much at all in the years to come.