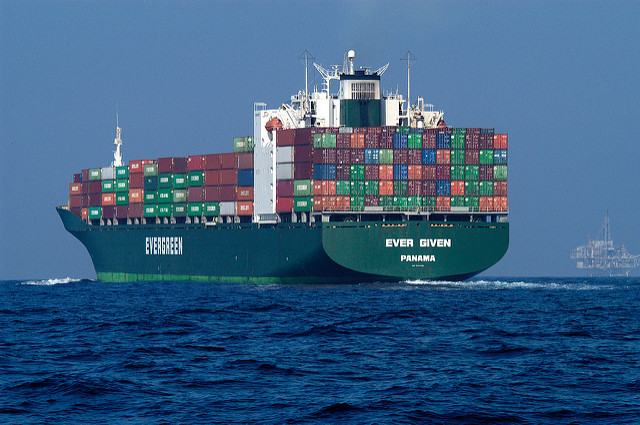 A recent Wall Street Journal op-ed by Peter Navarro, President Trump’s Director of Trade and Manufacturing Policy, is riddled with misstatements and half-truths. Here are some of the distortions pushed by Mr. Navarro followed by facts to set the record straight:

Navarro: “Why have the gloom-and-doom forecasters been so wrong? The errors come from flaws in traditional economic models. Using a better set of assumptions to assess the economy can explain why tariffs have spurred growth, not hampered it.”

Fact: The forecasters have not been wrong. Every prediction made by mainstream economists about the costs of President Trump’s trade war has come true. In 2018, more than 1,100 economists, including 15 Nobel laureates, warned of the following risks:

Economists can now say “I told you so.” A large and growing number of studies have documented the cost tariffs have imposed on Americans. Despite Mr. Navarro’s infamous 2018 prediction that “I don’t believe that any country will retaliate,” almost every country retaliated by imposing tariffs on U.S. exports. According to one analysis, “These counter-measures increased tariffs from 7.3 percent to 20.4 percent on 8,073 export products covering $127 billion (8.2 percent) of annual U.S. exports.”

Fact: Mr. Navarro is surely familiar with the difference between correlation and causation. U.S. economic growth has occurred despite tariffs, not because of them. The stock market has surged whenever there was a report that the trade war was on hold. Stopping the trade war and returning U.S. tariffs to their pre-Navarro levels would be one of the best things possible the White House could do to promote economic growth for Americans.

Navarro: “What is sorely missing from these [tariff] forecasts is a ‘general equilibrium’ analysis of tariffs, which would assess the whole economy, with a concomitant ‘dynamic scoring’ of their effects, to account for the new investment tariffs induce.”

Fact: What is sorely missing is a basic understanding of basic trade economics as explained by economists like Adam Smith and David Ricardo. The problem is not that researchers at universities are using the wrong economic models. The problem is that too few policymakers understand that international trade consists of mutually beneficial transactions, and efforts to tax or otherwise restrict those transactions are self-destructive.

Navarro: “Higher domestic production will also help offset any price hikes from the [steel] tariffs—steel is cheaper now than when the current tariff was imposed.”

Navarro: “President Trump’s imposition of actual tariffs has made the threat of tariffs more credible, and a variety of Trump tariff threats have borne robust results. These include the successful renegotiation of two of the worst trade deals in U.S. history, the North American Free Trade Agreement and the deal struck with South Korea in 2007.”

Fact: Tariffs are more likely to fail at their goals than to succeed. For example, according to the March 2019 Economic Report of the President: “The first Section 301 action applied an additional 25 percent ad valorem tariffs to Chinese imports worth $34 billion in 2017 import value and took effect on July 6. A second tranche consisted of an additional 25 percent tariffs on a further $16 billion in 2017 imports from China, taking effect on August 23. Rather than changing its practices, China announced retaliatory tariffs on U.S. goods.” (emphasis added)

History shows that tariff threats are not needed to negotiate good trade agreements. Every U.S. trade agreement prior to President Trump was negotiated on a win-win basis, not under the threat of new tariffs. Moreover, the North American Free Trade Agreement (NAFTA) turned out to be one of the most successful international agreements in U.S. history. Real U.S. manufacturing output per person increased by 90 percent as the United States, Canada, and Mexico all became richer.

In key aspects, the Trump administration’s changes weakened the Korean and North American trade agreements. For example, the revised Korea FTA allowed the United States to maintain its 25 percent tax on Korean pickup trucks until 2041, while erecting new steel quotas designed to significantly reduce Korean steel shipments to the United States. Those are both major debasements. Similarly, the pending U.S.-Mexico-Canada Agreement (USMCA) contains many downgrades to NAFTA, as Sen. Pat Toomey (R-PA) has explained.

Navarro: “The president’s threat of auto tariffs has likewise drawn billions of dollars of new foreign direct investment from the likes of Toyota, Volkswagen and Mercedes-Benz, and at home, Fiat Chrysler, Ford and General Motors are also spending on new facilities.”

Fact: According to the American Automotive Policy Council (AAPC), which represents Fiat Chrysler, Ford, and General Motors: “AAPC’s analysis showed that a tariff increase under Section 232—coupled with existing tariffs on imported steel and aluminum, including from our North American allies—will result in a net loss of American jobs, lower capital investment and lower exports by the U.S. auto sector.”

Imposing a tax on imported auto parts, as the Trump administration proposed, would discourage U.S. auto production. Last year, the Commerce Department went even further and suggested that U.S.-built cars manufactured in foreign-owned factories are a threat to American national security. That’s hardly a view likely to attract new auto investment to the United States. Toyota issued a clear response to the far-fetched White House assertion: “Today’s proclamation sends a message to Toyota that our investments are not welcomed, and the contributions from each of our employees across America are not valued.”

Navarro: “Research by economists like MIT’s David Autor has illustrated the socioeconomic harm caused by expanded trade with China in the 2000s, which contributed to the loss of tens of thousands of American factories and millions of manufacturing jobs and the hollowing out of many Midwest and Southern communities. What followed was an associated rise in the rates of divorce, drug addiction, crime, depression and death, particularly among blue-collar men no longer able to support their families at a decent wage.”

Fact: There has never been a reputable study showing net U.S. job losses as a result of trade with China or anyplace else. Thus, it is impossible to attribute a net increase in any of the concerns listed by Mr. Navarro to trade. It’s certainly the case that increases in trade and improvements in technology cause major disruptions for some people. But there is no reason to think that turning back the clock to 2000, or closing U.S. ports to international trade, would improve U.S. divorce and crime statistics. It is also interesting that Mr. Navarro overlooked the reported increase in farm-state bankruptcies and suicides generated by his trade policies.

Navarro: “The national-security externalities associated with Trump trade policy may be even more consequential.”

Fact: This statement is accurate, but not in the way Mr. Navarro intends. U.S. trade threats have created a negative national security externality by weakening our relationships with our allies. Moreover, his view that imports threaten U.S. economic security was not shared by President Dwight D. Eisenhower, among others. According to Ike, “Part of our requirements for iron ore, petroleum, copper, raw wool, bauxite, burlap and other materials must be obtained outside this country. Such imports keep our factory wheels turning and assembly lines moving for the national defense.” The former Supreme Allied Commander, who served as president under the threat of nuclear war, knew a thing or two about legitimate U.S. national security threats as opposed to phony excuses for tariffs.

Navarro: “An honest, modern analysis of the Trump tariffs would acknowledge the widespread market distortions that currently disadvantage American workers.”

Navarro: “Americans should welcome this [new] analysis warmly—especially in the heartland, where the ugly predictions of the antitariff forecasters seem so out of touch with the beautiful realities of the Trump economy.”

Fact: Even if Mr. Navarro has never visited the heartland or talked to a soybean farmer about what the beautiful Trump tariffs mean to them, he has access to the same Commerce Department data the rest of the world does. In two short years, exports of food, feeds, and beverages from the United States to China have been slashed by 59 percent.

A recent Federal Reserve Bank study concluded, “U.S. manufacturing industries more exposed to tariff increases experience relative reductions in employment as a positive effect from import protection is offset by larger negative effects from rising input costs and retaliatory tariffs.” Another recent National Bureau of Economic Research study concluded, “The decline in exports [resulting from U.S. tariffs] is equivalent to an ad valorem tariff on U.S. exports of almost 2% for the typical product and almost 4% for products with higher than average exposure.”

Yet another recent report noted, “Washington’s influence industry, including former Trump officials and allies, has made big money helping companies get exemptions from tariffs — sometimes by undercutting small business owners.”

It’s no wonder that Mr. Navarro doesn’t like studies like these, since they clearly show how tariff policies are failing America. He says he wants Americans to give tariffs a fair test. We have, and they have failed.