Americans delight in giving out candy to trick-or-treaters on Halloween, but little do they suspect that they are being tricked into higher prices for those treats. Thanks to price controls and protectionism, American sugar is dramatically more expensive than sugar on the international market, making the candy filling our pumpkin buckets more costly.

According to the U.S. Department of Agriculture (USDA), this year Americans will pay far above the world average for refined sugar at 34.86 cents per pound, while the global average hovers around 14.56 cents per pound. 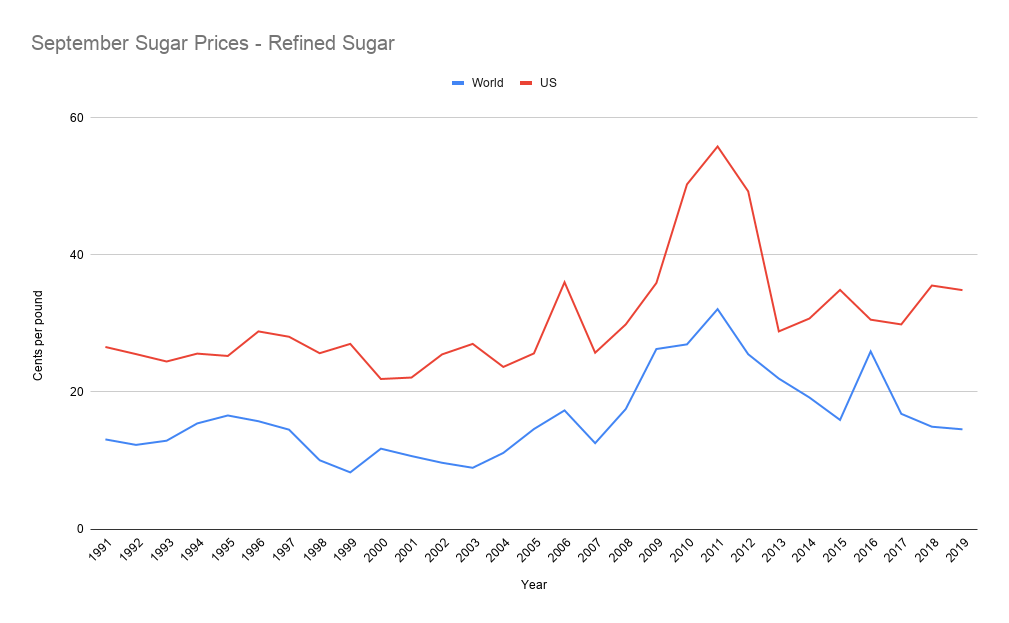 This trend is not isolated to refined sugar; raw sugar in America is similarly costly compared to the world price, sitting at 25.65 cents per pound in the United States, while global prices rest at 11.16 cents per pound. While not as inflated in price compared to refined sugar, raw sugar for American consumers is still more than double the world price. 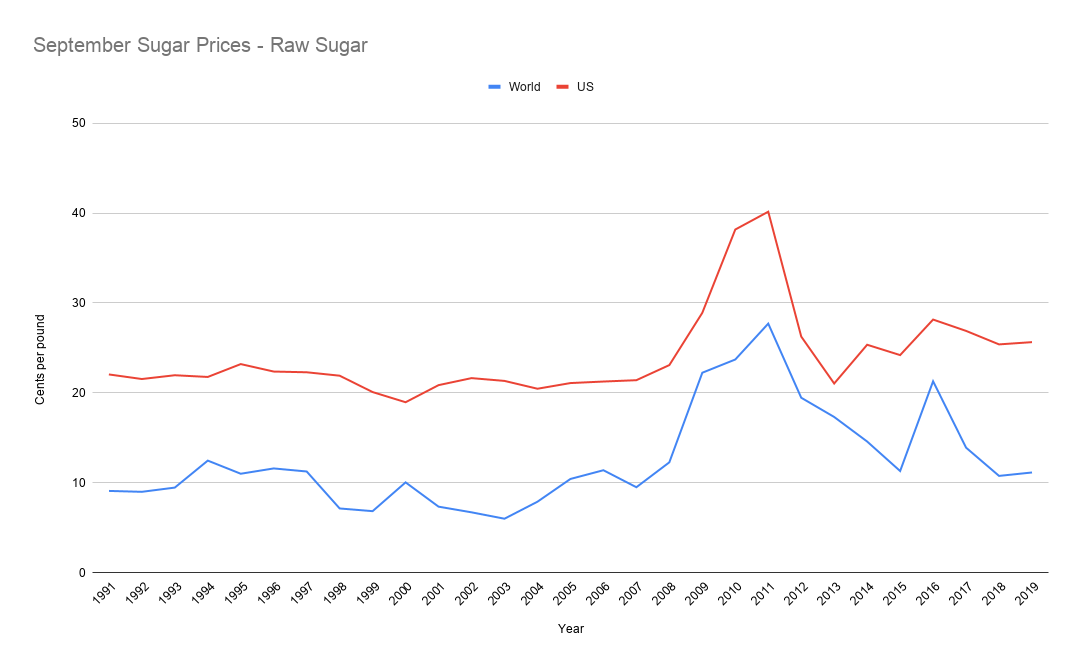 These market distortions aren’t new. In fact, the programs that cause them were created in 1937 to “protect” domestic sugar in the wake of the Great Depression. Thanks to the concentrated lobbying efforts by special interests that benefit from higher prices, Americans continue to pay inflated sugar costs over 80 years later.

Now, the sugar industry argues that it gets zero subsidies, but this minor, technical point clouds a much larger story. As detailed by the Congressional Research Service, the USDA uses multiple programs that lead to higher costs for consumers. These programs include price-support loans, marketing allotments to limit the amount of sugar that each processor can sell, import quotas to control the amount of sugar entering the U.S. market, and a sugar-to-ethanol backstop available if marketing allotments and import quotas are insufficient to prevent a supposed “sugar surplus” from developing.

These provisions directly hit taxpayers. A 2017 analysis estimated that sugar subsidies cost U.S. households $2.4 billion to $4 billion annually. Workers in the food industry are hit especially hard. These subsidies reduce employment by an estimated 17,000 to 20,000.

Thankfully, some policymakers are trying to end this sugar high. This year Rep. Virginia Foxx (R-VA) reintroduced an act to curtail and modernize sugar programs: H.R. 4521, the “Fair Sugar Policy Act of 2019”. This bill would reduce government protectionism in sugar and decrease the amount of loans based on sugar collateral. While H.R. 4521 may not represent a sweeping reform of US sugar policy, it certainly is a step in the right direction.

While Halloween may herald a season of sweets, those goodies come with a hidden higher cost. After more than 80 years, Big Government continues to ensure that Americans subsidize Big Sugar at the candy aisle.