UPDATE, August 25: NTU Foundation now estimates the per-taxpayer burden of the student debt cancellation policy to be $2,500 per taxpayer. Our estimates for the cost of cancellation increased, since President Biden added an additional $10,000 in forgiveness (i.e., up to $20,000) for up to 27 million Pell Grant recipients. We now estimate the cost of student debt cancellation to be around $400 billion, or roughly $2,500 per taxpayer. Read more here.

Public reporting indicates President Biden may soon announce executive action canceling federal student loan debt for a large set of borrowers. Though parameters of the student debt cancellation have yet to be announced, the Biden administration may cancel $10,000 of debt per borrower for borrowers making $125,000 in income per year or less.

Based on projections from the Penn Wharton Budget Model for the total cost of such cancellation, we estimate President Biden’s plan would cost the average taxpayer over $2,000.

The Penn Wharton Budget Model (PWBM) released a policy report on Tuesday that estimated the total cost of $10,000 in debt cancellation for borrowers making less than $125,000 per year would be $329.1 billion over 10 years. There were just under 158 million taxpayers in 2019 according to the IRS, meaning that the average cost of debt cancellation is $2,085.59 per taxpayer.

This is not a perfect proxy for cost, however, given the U.S. tax code is progressive and tax burdens are not evenly distributed across households. Accounting for the share of taxes paid by low- and middle-income households, we estimate that: 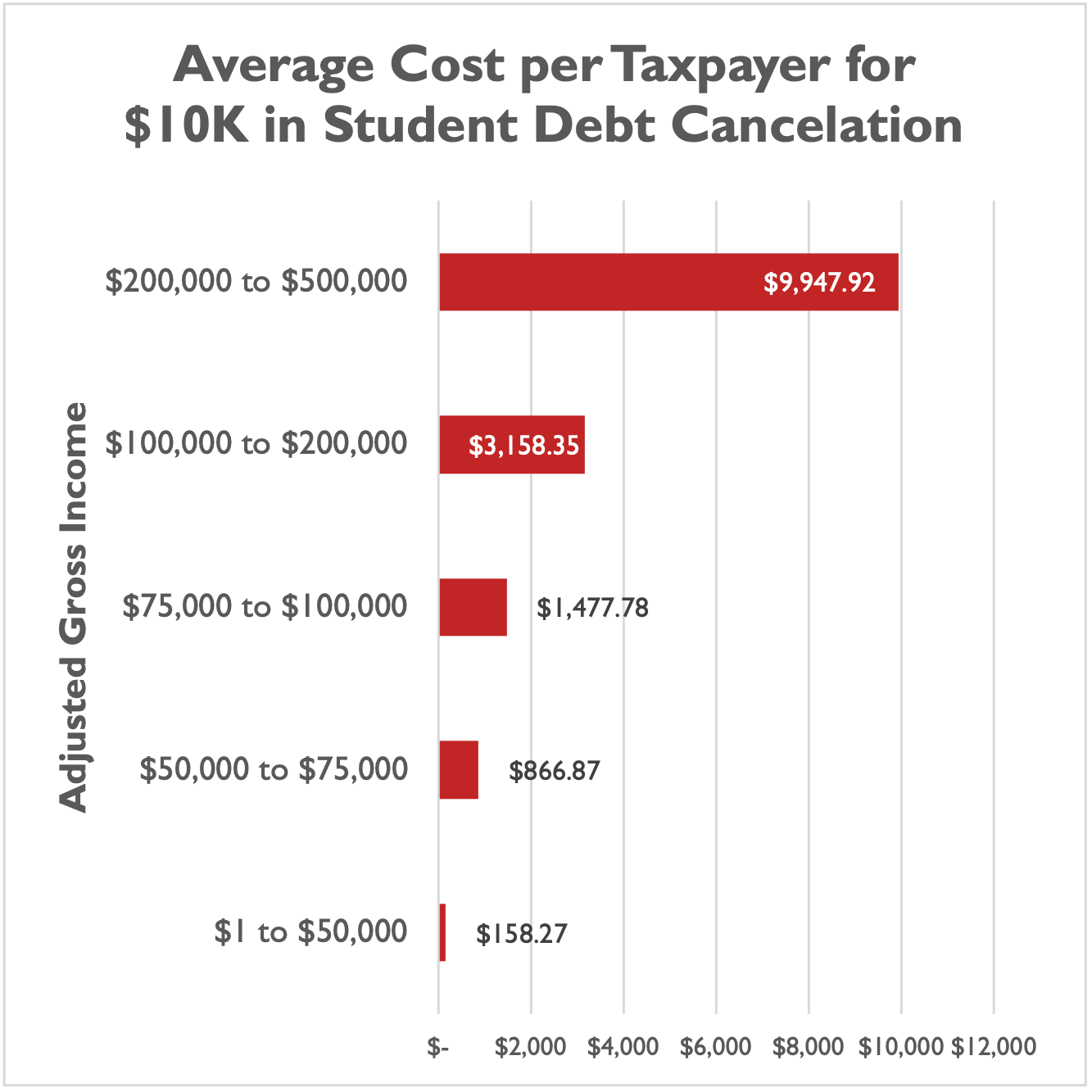 Some may dispute that taxpayers bear the cost of canceling student debt. But the $329 billion cost of student debt cancellation would be $329 billion previously borrowed from the federal government and not returning to the Treasury. Policymakers will need to make up for that gap in the future with government spending cuts, tax increases, more borrowing, or some combination thereof.

If past is prologue, the Administration and Congress will charge student debt cancellation to the taxpayers’ credit card. Further, a one-time forgiveness does nothing to address the underlying causes of education costs and student borrowing for current and future students.

It’s also worth noting that the $329 billion cost of student debt cancellation is more than the Congressional Budget Office (CBO) estimated the entire Inflation Reduction Act reduces deficits in its first decade. 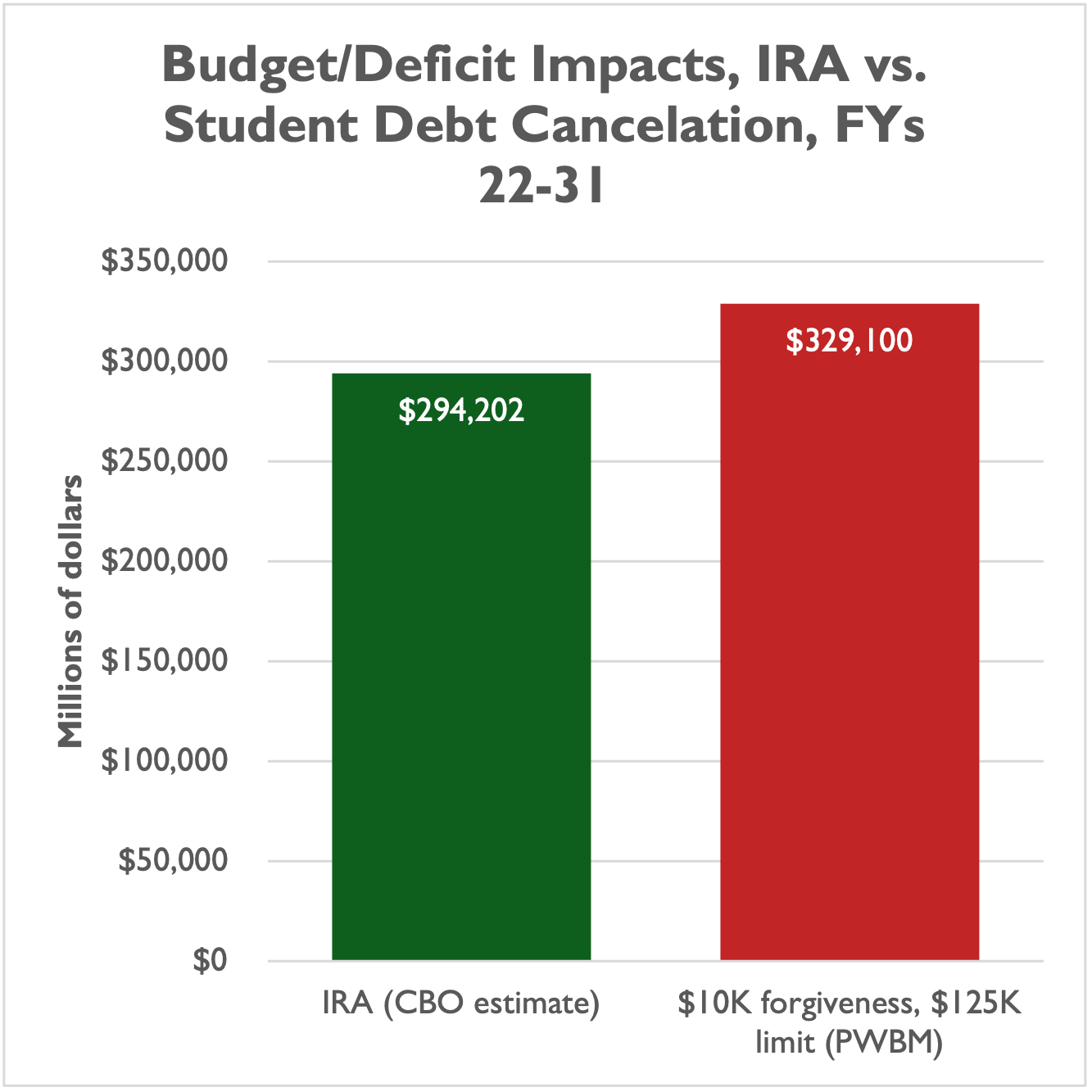 Put another way, President Biden is wiping away the first decade of deficit reduction from his signature legislation just a few weeks after its passage into law, and with the stroke of a pen.