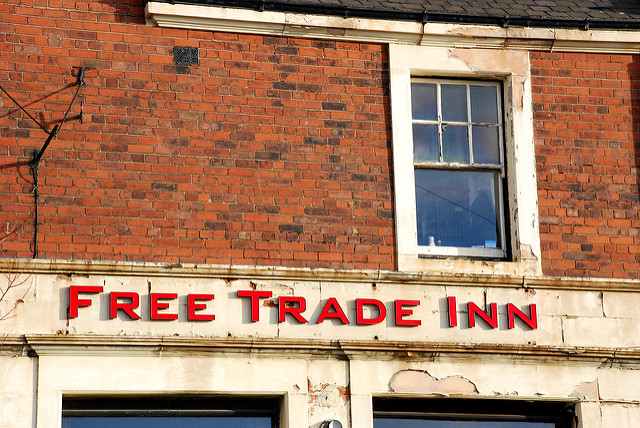 Michael Kenneth Moore passed away on February 1, 2020. Mr. Moore served as Prime Minister of New Zealand, Director-General of the World Trade Organization, and Ambassador to the United States. His death means the world has lost one of its leading pro-trade voices.

Mike Moore was the author of several books. In Saving Globalization: Why Globalization and Democracy Offer the Best Hope for Progress, Peace and Development, Mr. Moore wrote:

The trading system has promoted more than prosperity. Its treaty-bound commitments help secure peaceful, predictable relations among states…. What matters for prosperity is productivity and peaceful commerce. It is the multilateral trading system that provides the rules and commitments that are the essential bulwark against commercial confrontation pursued through military means.

There are a lot of people who need somebody to blame. And whom do we blame? It’s the Chinese for putting me out of work. It’s the Australian banks that closed my business down. It’s the American imperialists. It’s the Arabs and their oil prices. Anybody but myself [is] whom I can blame. And there are a class of politicians who are nasty, who manipulate this in all our societies. And this kind of economic nationalism always leads to something more fundamentally dangerous.

Mr. Moore was a major proponent of the Trans-Pacific Partnership (TPP) -- a modern trade agreement designed to encourage progress for countries in the Pacific region. In his view, TPP would be designed to grow as additional governments that embraced open trade joined the pact. Indeed, there are rumors that the United Kingdom may seek to join the 11-member Comprehensive and Progressive Agreement for Trans-Pacific Partnership.

Mike Moore reminded us not to take the benefits of trade for granted. His 2002 speech as Director-General of the World Trade Organization is perhaps even more relevant now than it was at the time:

My plea to you today is not to allow the negative forces fighting against globalization and market liberalization to triumph. Now, as never before, is the time for you to show courage on behalf of your members. We have a profound responsibility to marshal our forces to encourage opportunity and build institutions so that freedoms continue to grow globally.