On December 15th, the Trump administration currently plans to impose a 15 percent tax on imports of goods from China ranging from cellphones to shoes to gaming consoles. The tax hike could be averted if a U.S.-China trade deal is reached. President Trump could also delay the taxes if he believes sufficient progress has been made in trade talks.

The stated goal of U.S. trade actions has been to pressure China to adopt market-oriented reforms. The United States is also attempting to encourage companies to produce in countries other than China. If that’s the case, a better way to pursue that goal would be to update and improve the Generalized System of Preferences program, which provides duty-free treatment to goods from certain countries, by expanding its coverage to include shoes and clothing. Such a change would:

The Generalized System of Preferences

According to the U.S. Customs and Border Protection agency, “The Generalized System of Preferences (GSP) provides duty-free treatment to goods of designated beneficiary countries. The program was authorized by the Trade Act of 1974 to promote economic growth in the developing countries and was implemented on January 1, 1976.”1

Cutting tariffs to promote broader U.S. policy goals is nothing new. This approach has been successfully used in the Miscellaneous Tariff Bill process, which has been praised by groups like the National Association of Manufacturers (NAM) and the National Council of Textile Organizations (NCTO). According to NCTO: “Through the MTB, Congress temporarily suspends or reduces tariffs on certain imported products not made in the United States, helping American manufacturers reduce costs, create jobs, and compete in the global marketplace.”2

Thus, the GSP program is part of a long tradition of reducing harmful import taxes to promote positive trade and diplomatic relations. The United States will spend about $28.5 billion in nonmilitary foreign aid in 2019.3 Capitalizing on the success of GSP by modernizing the program could promote economic progress in developing countries, and as a result the United States could reduce foreign aid spending, potentially saving taxpayers billions of dollars.

Benefits of GSP Have Been Artificially Limited

When the GSP program was created, however, U.S. apparel manufacturers secured an exception that barred shoes and clothing from GSP eligibility. At the time, U.S. manufacturers feared competition from low-priced imports. As a result of restrictions like this, the GSP program’s benefits have been limited.

In 2018, for example, 90 percent of the goods Americans imported from GSP-eligible countries did not benefit from GSP trade preferences. According to one expert, “There’s little economic data to demonstrate the [trade preference] programs have accrued significant benefits. The programs themselves have become laden with conditions for eligibility, exceptions, reviews, and mandatory graduation. The cost of participating in them can even be prohibitive for developing country exporters.”4 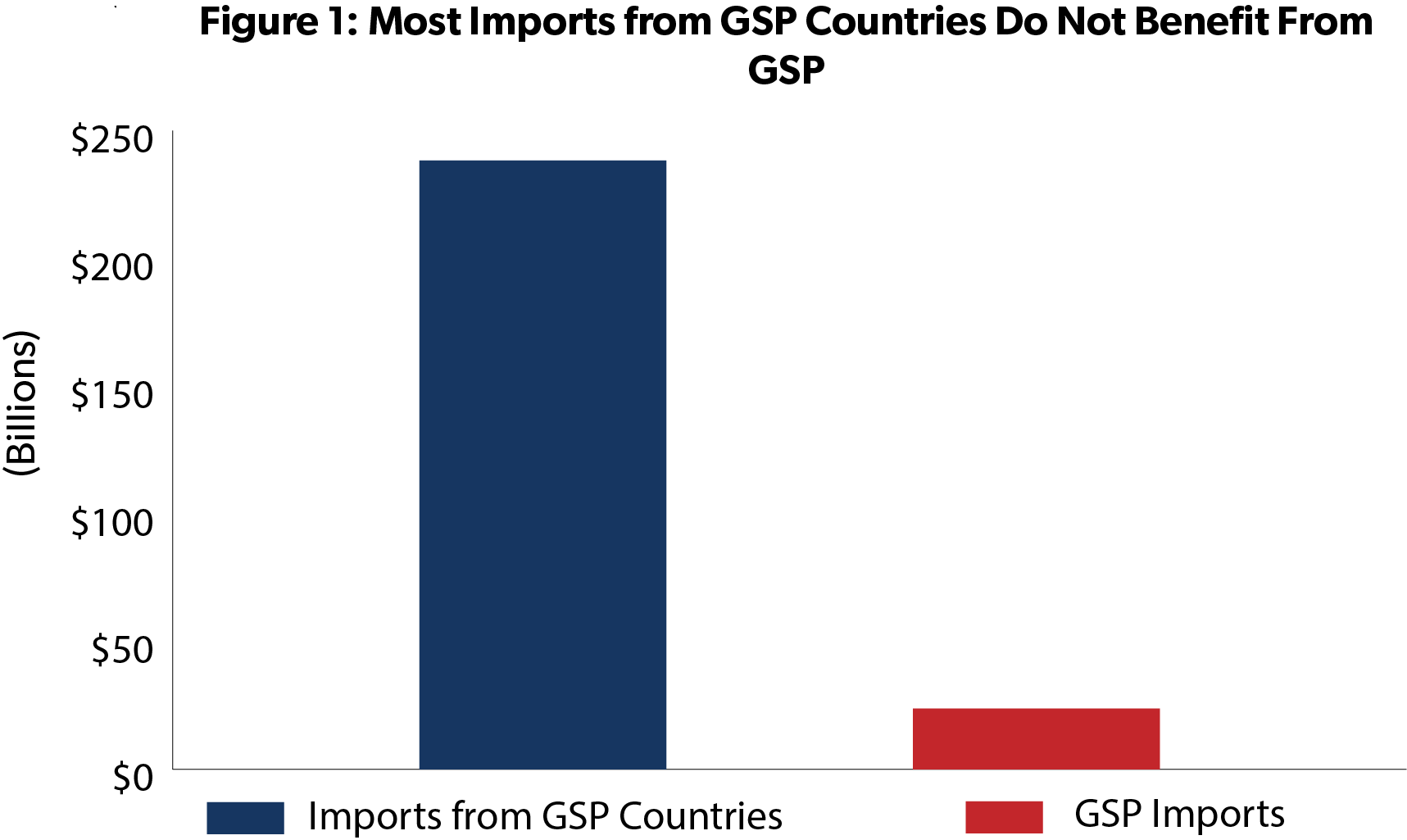 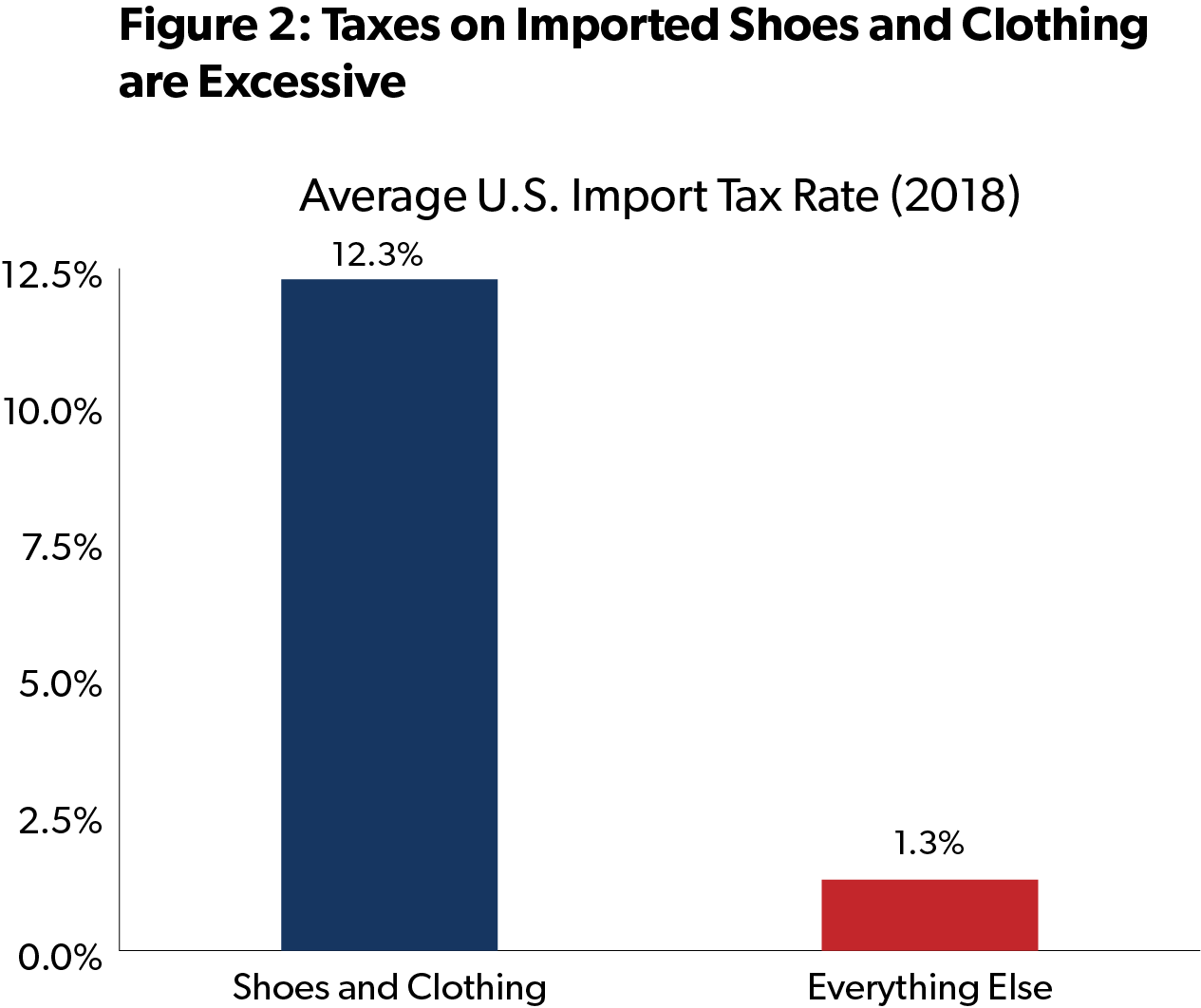 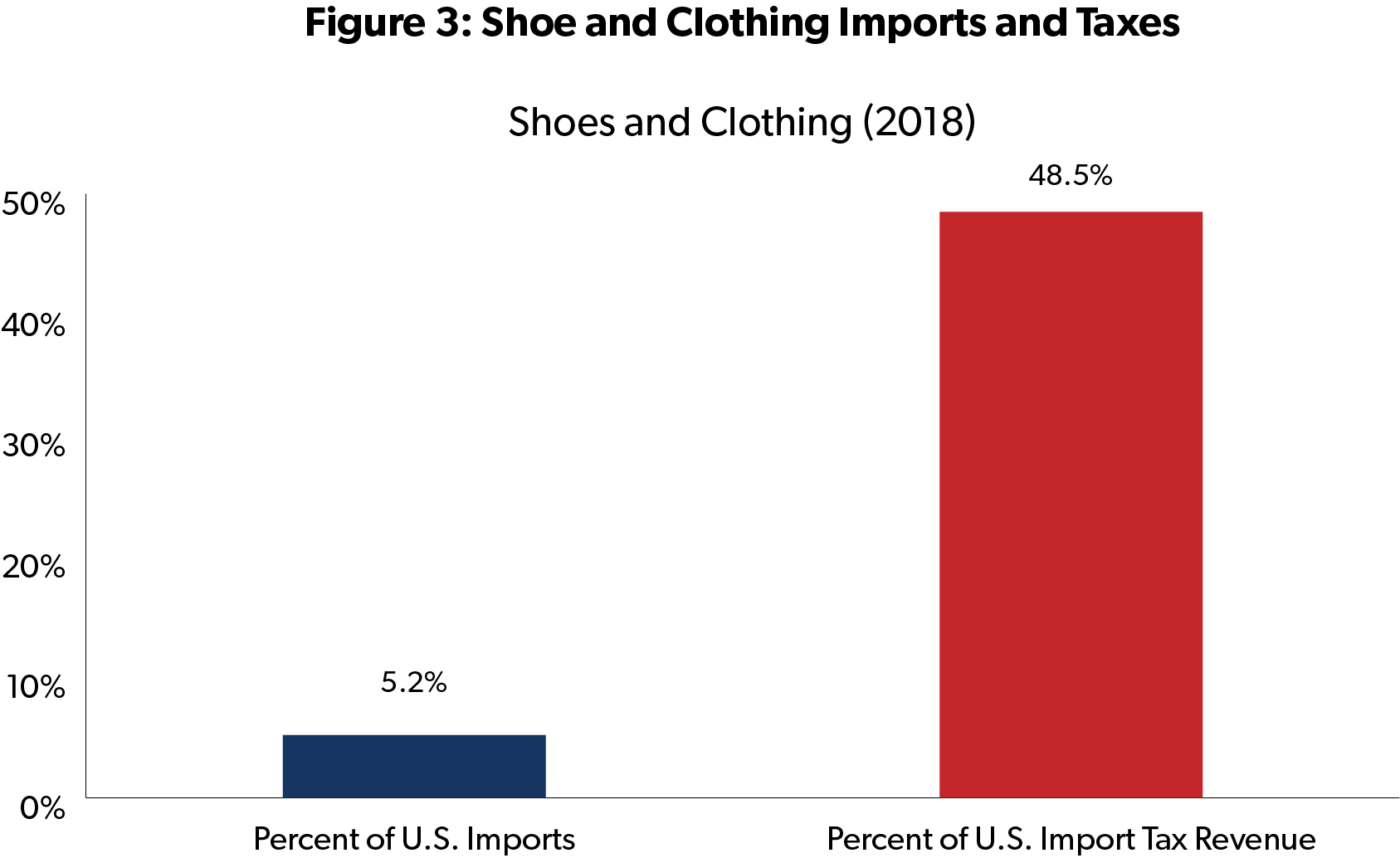 Taxes on shoes and clothing are especially punishing for lower-income Americans, who have less disposable income to spend on these highly taxed goods. A 2017 study concluded: “... tariffs function as a regressive tax that weighs most heavily on women and single parents.”5

One of the Trump administration’s trade goals has been to encourage companies to produce in countries other than China. Improving GSP would promote this goal.

GSP is exempt from the “most favored nation” (MFN) rule that Trump advisor Peter Navarro once criticized: “Under MFN, a WTO [World Trade Organization] member state must apply the lowest tariffs it applies to the products of any one country to the products of every other country.”6 This is generally true, but the WTO allows countries to apply lower tariffs to selected countries when they negotiate free trade agreements and in their trade preference programs like GSP.

Nearly 70 percent of imported shoes came from China in 2018 and nearly half of all clothing imports originated in China.7 Eliminating taxes on imports from GSP countries would encourage companies to manufacture shoes and clothing in these locations instead of in China. 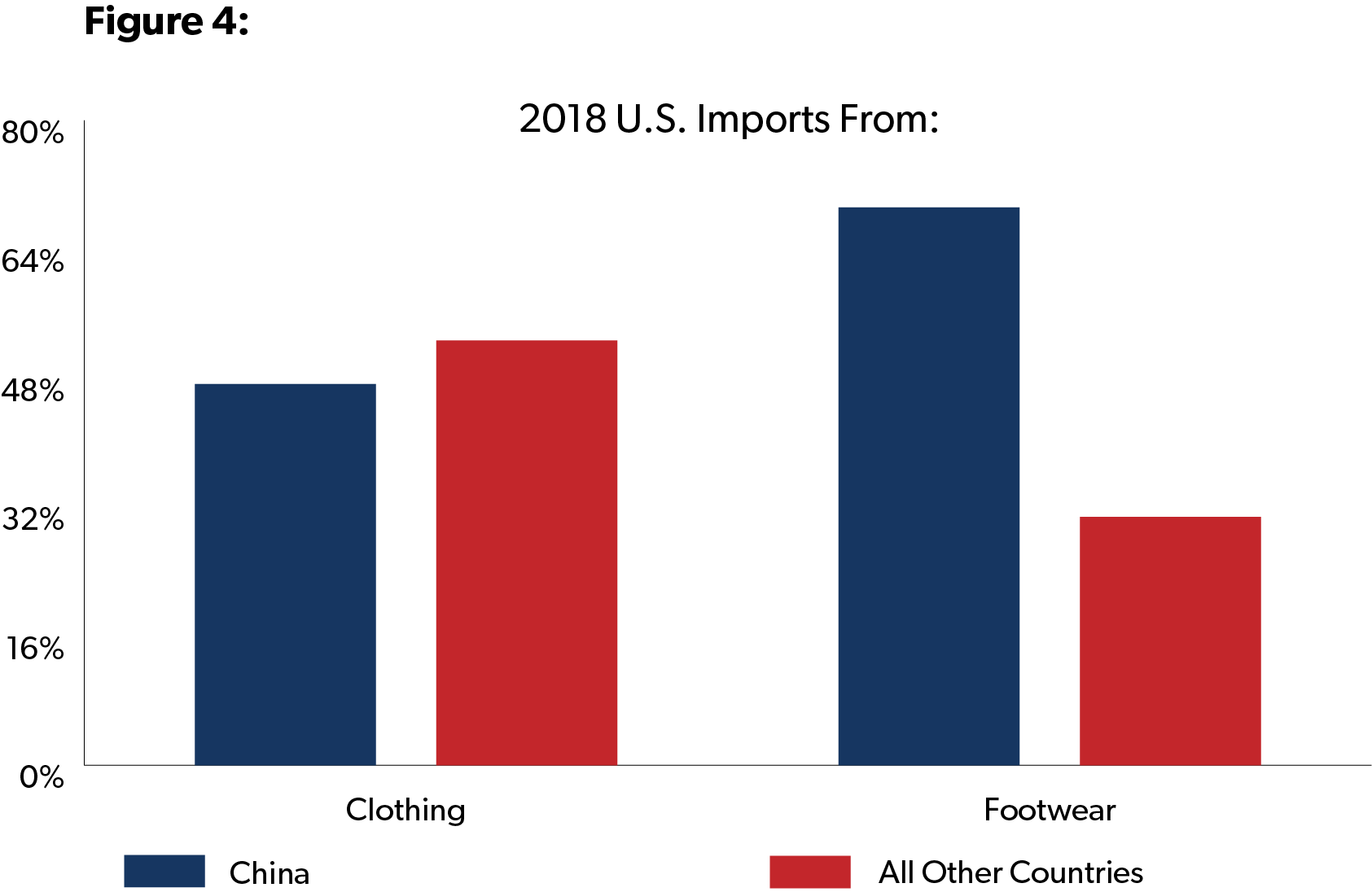 When the GSP program took effect 43 years ago, shoes and clothing were not eligible for zero-tariff status because U.S. producers did not want to compete with imports. That is no longer a relevant concern. According to the American Apparel & Footwear Association, 98 percent of the clothes and shoes sold in the United States are imported.8 As a result, including shoes and clothing as GSP-eligible items would largely affect competitors in China but not the United States.

Democrats and Republicans alike should be able to agree on the benefits of cutting taxes on shoes and clothing. It’s time to improve the GSP program to allow Americans to import more low-cost goods from countries other than China.

5 Furman, Jason, et at. "US tariffs are an arbitrary and regressive tax" VOXEU, January 12, 2017. https://voxeu.org/article/us-tariffs-are-arbitrary-and-regressive-tax

7 NTU calculations from U.S. International Trade Commission data at https://dataweb.usitc.gov based on Chapters 61 to 64 of the Harmonized Tariff Schedule of the United States.