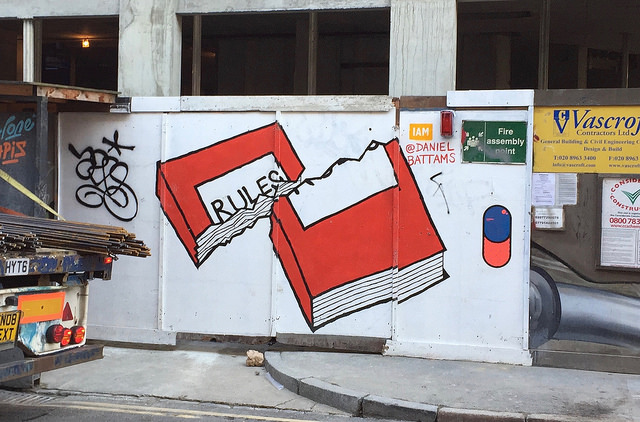 Over the weekend, National Taxpayers Union Foundation submitted a comment for the record to the Federal Trade Commission (FTC) regarding the agenda of their September 15th Open Meeting. Of particular concern, on the proposed agenda is the withdrawal of the latest guidelines for antitrust enforcement with respect to vertical mergers, adopted in June of 2020. Rescinding these updated guidelines would revert to the prior 1984 guidelines while the Commission presumably draws up another set of new ones.

As previously, NTUF has serious concerns about the lack of substantive public input and transparency being allowed with respect to major, economically impactful changes to antitrust enforcement by the FTC. In particular, reverting to antiquated merger guidelines will contribute futher to the uncertainty surrounding antitrust enforcement that has been promoted by prior changes to FTC policy in recent months.

You can read our full comments to the FTC below.

Comment on proposed recension of the FTC’s 2020 vertical merger guidelines ahead of the Sept. 15, 2021 open meeting of the Federal Trade Commission

National Taxpayers Union Foundation (NTUF) appreciates the opportunity to comment on the agenda for the upcoming open meeting of the Federal Trade Commission (FTC). Once again, however, we wish to raise significant concerns about the process with which major policy decisions are being made by the Commission, as well as about the policy changes proposed.

Though the date of this proposed meeting has been published for some time, the agenda was released only one week in advance of the meeting, on Sept. 8th, with a deadline for comments at midnight on Sunday the 12th. Two and a half business days’ notice is clearly insufficient time for anything resembling thoughtful or detailed public input, particularly for a major decision like entirely withdrawing the FTC’s revised 2020 vertical merger guidelines. This lack of any useful period of public comment has been a common flaw that renders these meetings more performative than an exercise in actual transparency.

With a new Chair and a new majority on the Commission, Chair Lina Khan has previously stated her intent to have the FTC revisit and revise the current vertical merger guidelines, which were updated jointly with those of the Department of Justice (DoJ) Antitrust Division in June of 2020. However, simply erasing the new guidelines and reverting to the 1984 vertical merger guidelines that were universally understood to be inadequate and outdated is neither good policy nor process.

The 2020 guidelines set to be discarded brought the Commission’s standards for evaluating vertical mergers and acquisitions closer in line with how enforcement was already being conducted in the first place, in view of current economic and legal analysis of the competitive effects of these transactions. While the degree to which vertical mergers should be understood as generally harmless to competition is a matter of dispute between the majority and minority Commissioners, the preponderance of economic evidence continues to show that vertical integration tends to result in increased efficiency and corresponding benefits to consumers.

Causing further uncertainty about acquisitions by large firms is especially likely to harm tech startups, for whom acquisition is an important exit strategy option to have when securing venture capital. Repeated studies have shown that a majority of tech startups expect to end up being acquired, and one can expect to see investment in US startups to diminish if this option were made less certain to be viable for them.

The majority on the Commission has indicated a desire to pursue a more aggressive approach to merger review and antitrust enforcement. Eliminating the present vertical merger guidelines, in addition to other recensions of prior FTC policies already made this year, increasingly leaves companies uncertain as to what transactions and conduct may subject them to review, whether immediately or post hoc. This increased uncertainty threatens to negatively impact the U.S. economy’s recovery and growth as companies adopt a “wait and see” approach to mergers and acquisitions that may be beneficial to consumers.

We urge the Commission to provide better opportunities for public input regarding merger guidelines. The Commission and American taxpayers would be better served by a process that allows for more detailed analysis and feedback by stakeholders on all sides.