The nonpartisan Congressional Budget Office (CBO) just released their preliminary budget deficit estimate for fiscal year (FY) 2022, which ended on September 30. Their verdict? The federal government spent $1.377 trillion more than it took in – high by historical standards but lower than the deficits during the first two years of the pandemic.

The close of any fiscal year offers budget watchdogs, including NTU Foundation, the opportunity to review expectations and realities for the just-closed fiscal year and for years prior to that.

CBO also reviewed how spending in certain categories changed from 2021 to 2022. For example, funding to the Small Business Administration, for unemployment compensation, and on refundable tax credits were much lower in 2022 than in 2021 (due to expiring pandemic-era spending), while spending on Medicare, Medicaid, and Social Security were all up. More troublingly, net interest spending on the debt was up an astounding 29 percent. Department of Education spending was up 145 percent due to President Biden’s broad-based cancellation of federal student loan debt.

An even more interesting exercise is to compare federal spending, revenues, and deficits from the past 10 years (2013-22) to what CBO projected such totals would be at the start of that 10-year window. 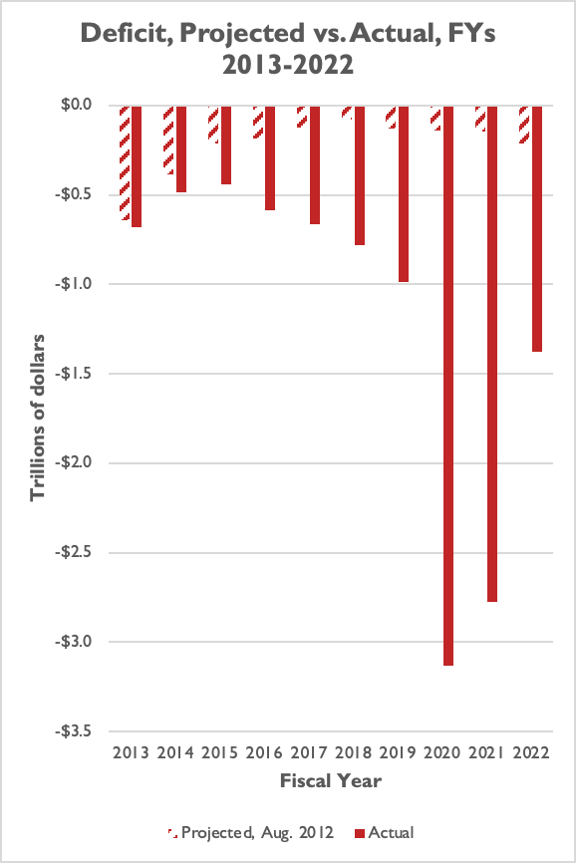 To illustrate this in a clearer fashion for non-budget wonks, consider deficits over these 10 years per person in the U.S. 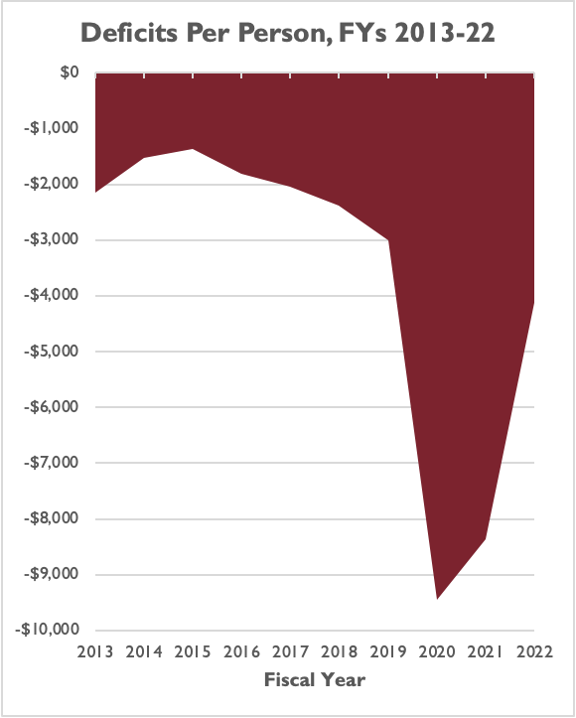 One severe consequence of rising deficits and debt is rising interest payments on the debt. Interest on the debt does not benefit current or future taxpayers – it is the present-day burden of decisions policymakers made in the past to borrow and spend instead of balancing the federal budget. Rising interest payments also siphon revenue away from mandatory programs that millions of Americans rely on (e.g. Social Security, Medicare, and Medicaid), discretionary programs that are important to the country’s security and prosperity (e.g. military spending, education spending), and national needs based on future, unforeseen events (e.g. national security incidents, natural disasters, global pandemics). 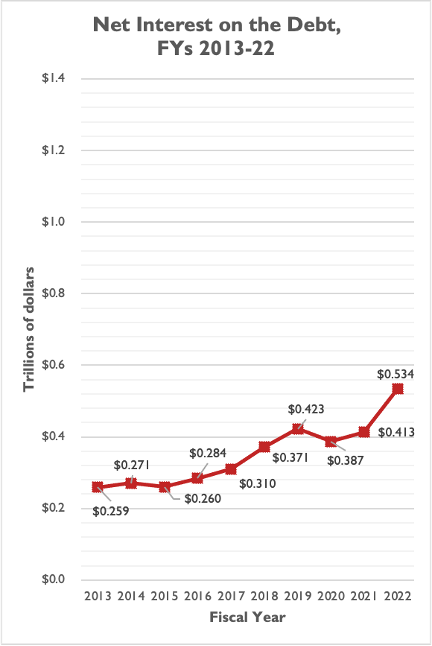 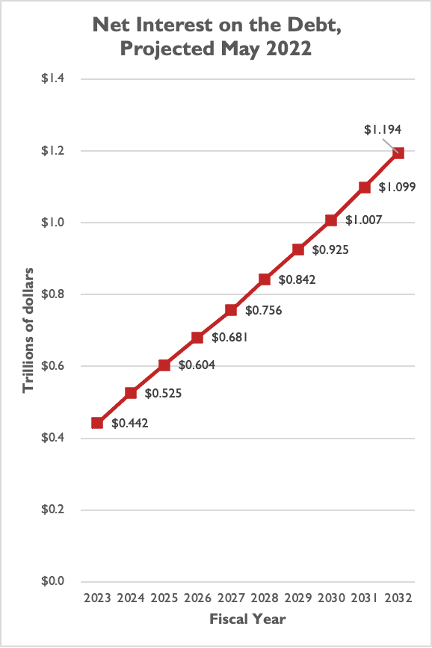 According to CBO, interest on the debt will eat up a larger share of the federal budget than the entire military budget by the end of the decade.

This path is unsustainable. Deficits are coming down from pandemic-level highs, but with stubbornly high inflation, high interest rates, and a possible recession around the bend, America’s fiscal position looks as perilous as ever. Deficits could even bounce back up if:

Nearly $12 trillion in deficits over 10 years was probably an unthinkable proposition in August 2012, but that is precisely what happened over the ten-year fiscal window (2013-22). CBO projects nearly $16 trillion in deficits over the next ten-year window (2023-32). Congress is going to need to do a lot of work to ensure that number isn’t much higher than currently projected.