Here is a snapshot of the industry seeking government aid. The market value of the five largest U.S. steelmakers more than doubled over the last five years, from from $20 billion to $45 billion. That’s hardly the picture of an industry in need of government support. 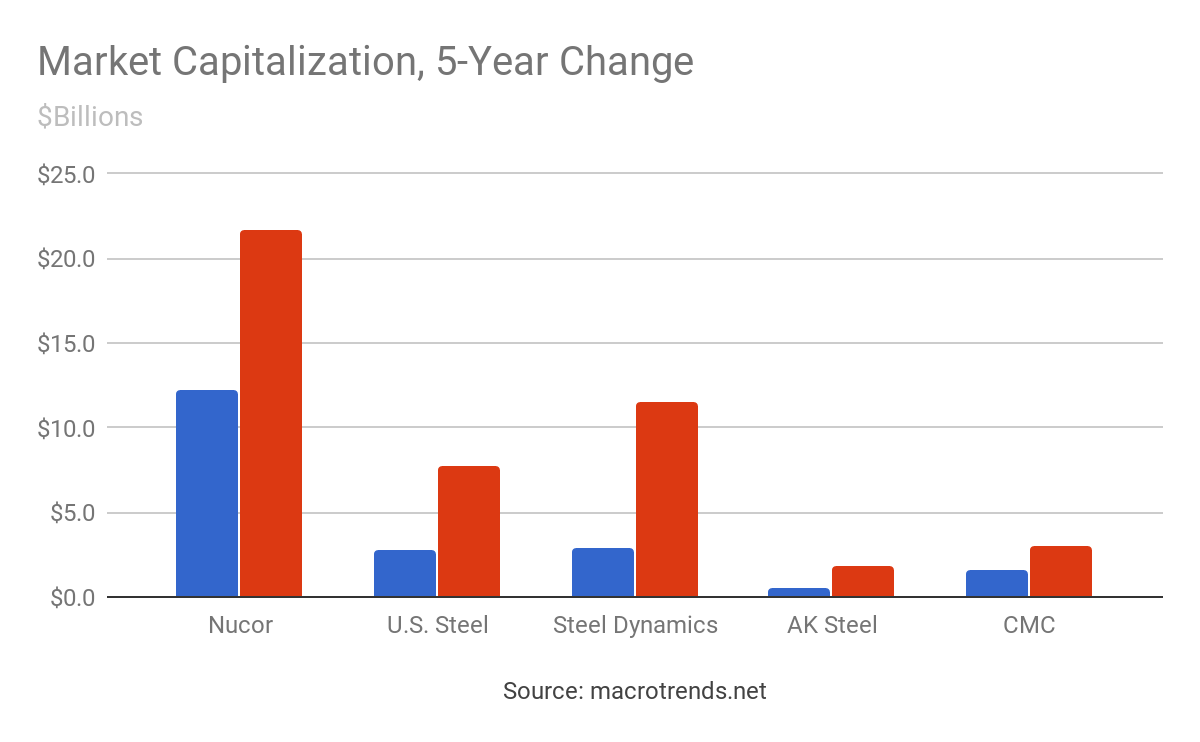 The new ad includes this comment from President Trump: “I am not going to let America and its great companies and workers be taken advantage of any longer.”

That’s exactly what steelmakers are trying to do: take advantage others via their political clout. President Trump should not allow our great companies and workers be taken advantage of by these crony capitalists.