The annual publication of Internal Revenue Service (IRS) Statistics of Income (SOI) data gives us at National Taxpayers Union Foundation (NTUF) an annual look of what types of households are paying the most and the least amounts of income tax, data that informs our popular annual report “Who Pays Income Taxes?”

These questions are important because politicians and even entire socioeconomic movements have built their reputations and their policy proposals around reducing the wealth and income of “the one percent.”

So just who is the one percent in America? 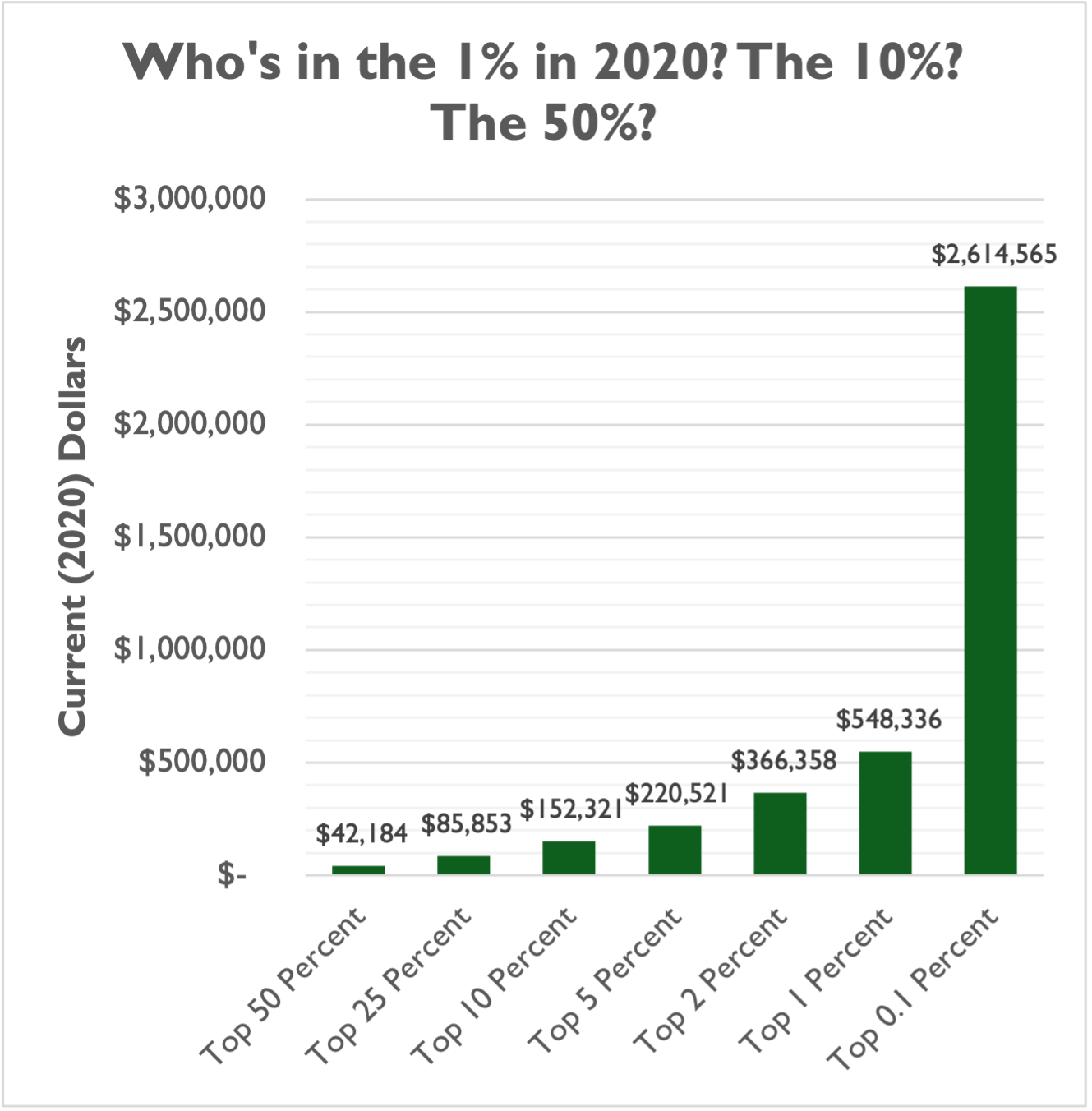 Of course, these thresholds have changed over time.

In 2001, a household only had to make around $300,000 to be considered in the top one percent of income-earning households. Today that number has nearly doubled, to almost $550,000. 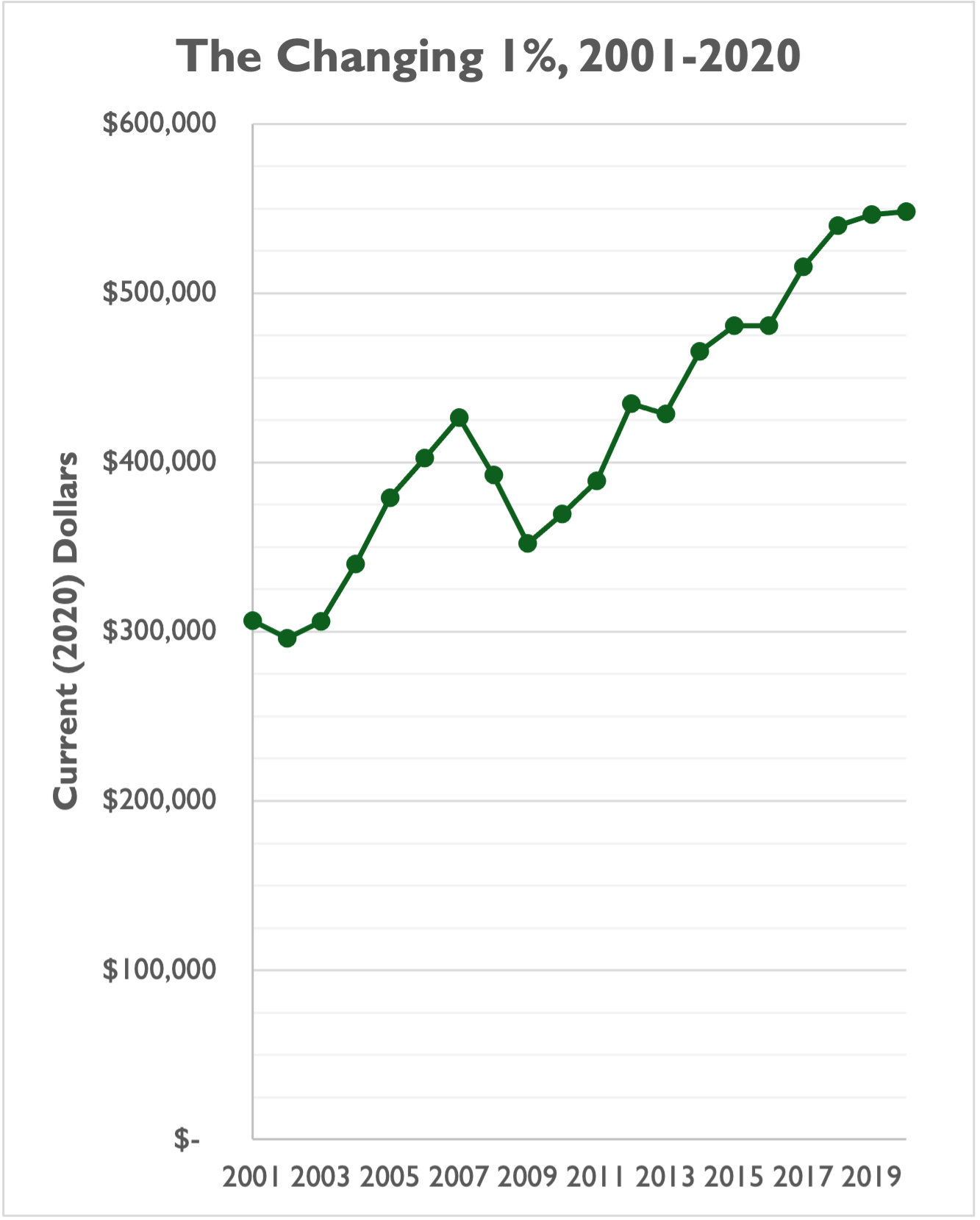 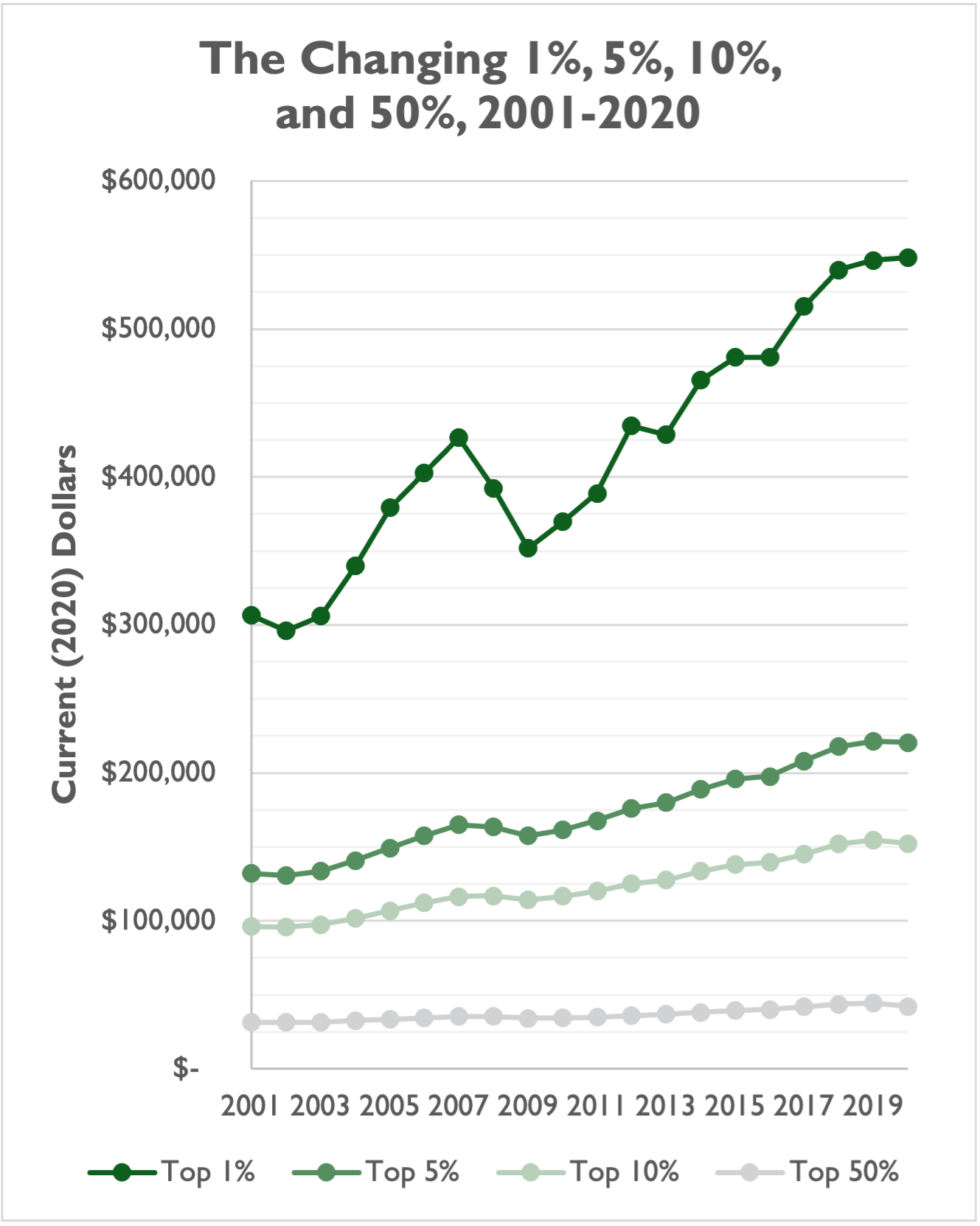 There’s a lot of talk over whether or not the rich “pay their fair share” in taxes. Much of the debate is subjective. But IRS data indicate that, at least when it comes to share of gross income vs. share of total income tax paid, the wealthiest Americans do pay a larger share of taxes than the share they receive in income.

In fact, 2020 was the first time in the 21st century that the top two percent of American income earners have accounted for more than half of all federal income taxes paid. 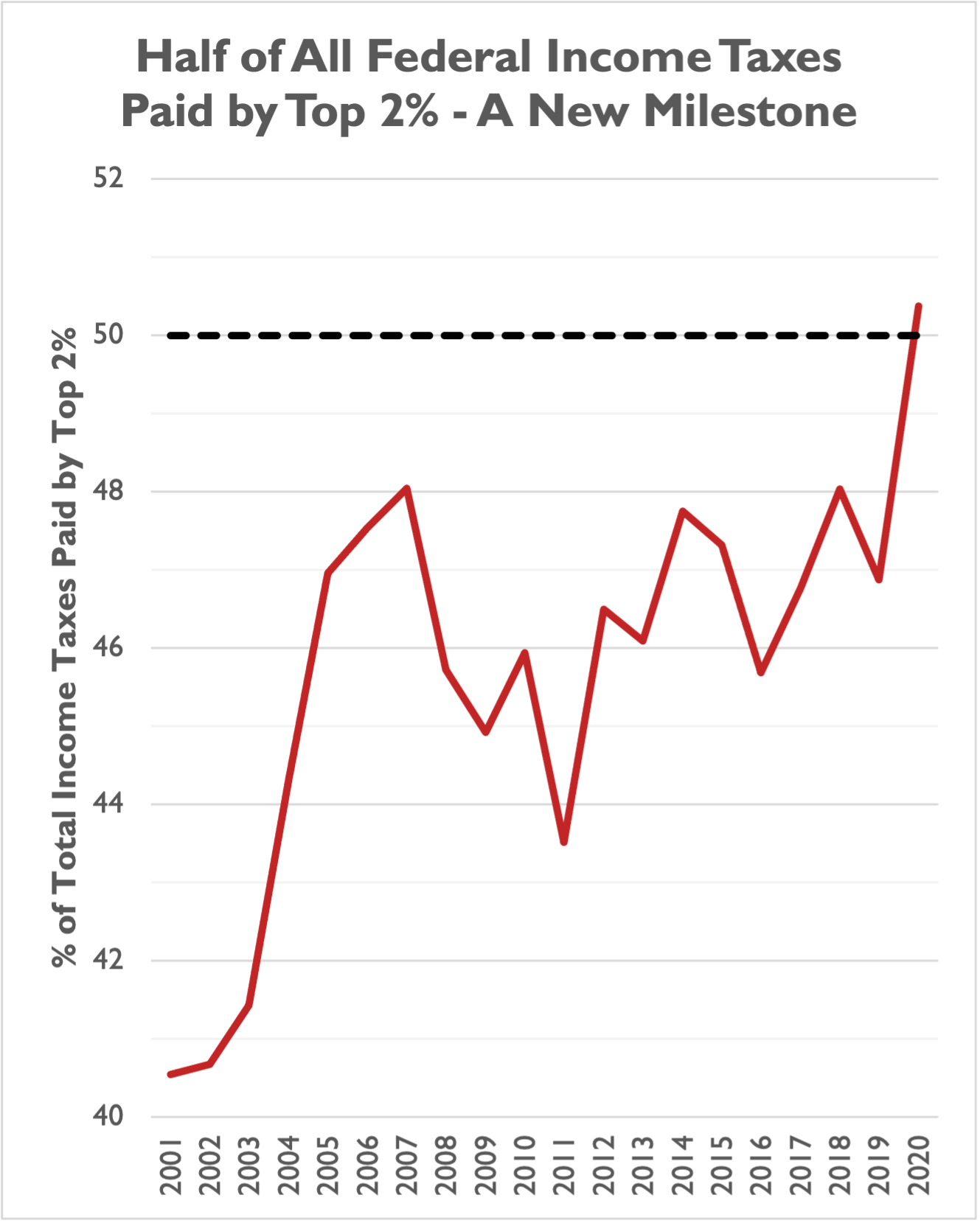 And we soon may approach another significant milestone: the top 10 percent of income earners paying $3 out of every $4 in federal income taxes, after a big jump in the top 10 percent’s share from 2019 to 2020. 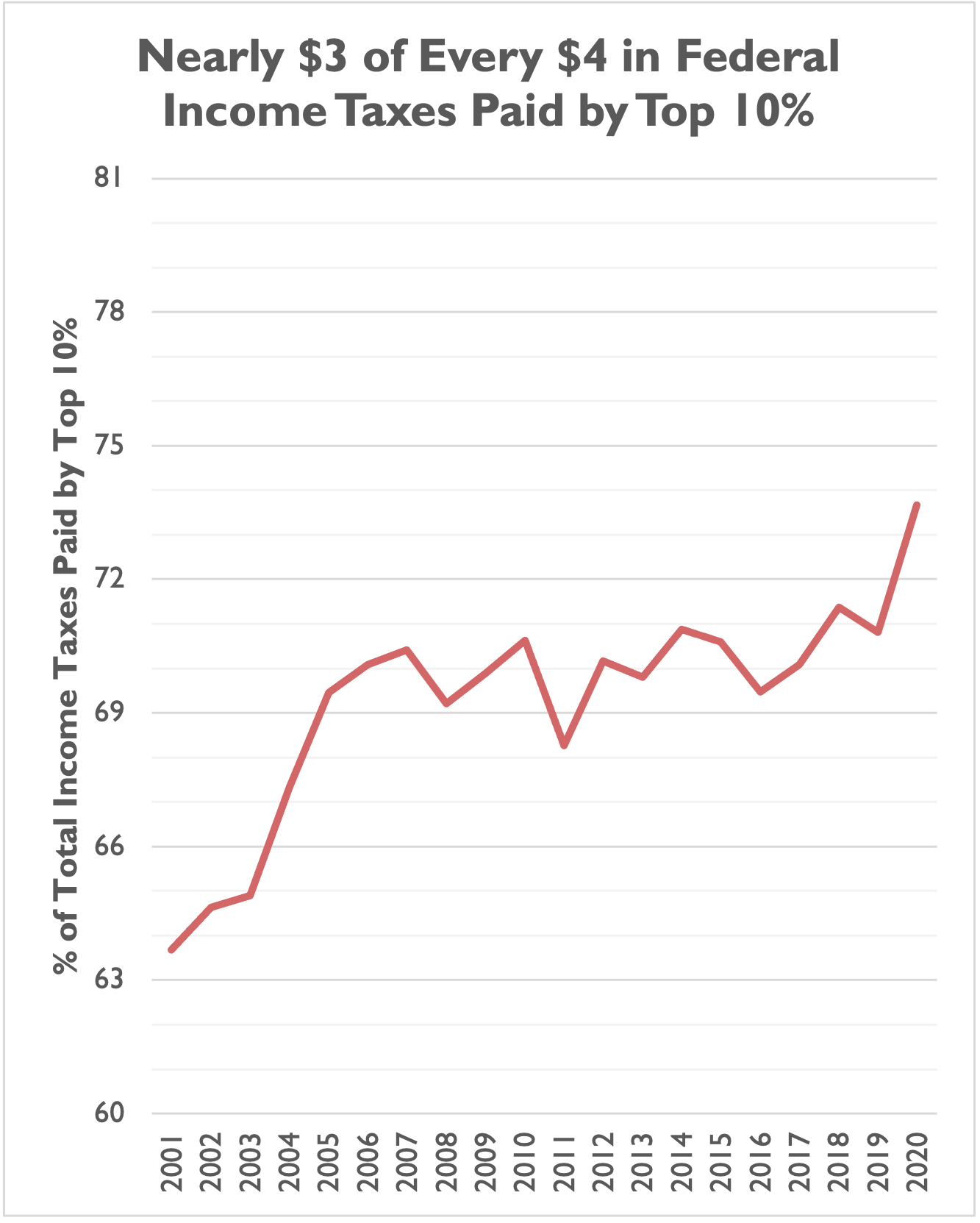 There are some limitations to this data, however. First, this data is just federal income taxes, not other federal taxes (such as payroll taxes or business taxes) or state/local taxes. Second, 2020 was an odd year due to the economic and tax effects of the pandemic, so we will await 2021 IRS data next year to see if these trends continue. Third, income reported to the IRS is not the same as wealth, so these data should only be used as a proxy for who’s in the top one percent of income earners in the nation. Fourth, income can be volatile from year to year, meaning this year’s one percenter might be a two percenter or a 10 percenter next year. Finally, the IRS treats married taxpayers filing jointly as one household – one taxpayer – which limits our ability to tease out the separate incomes of joint filers.

Those limitations aside, the annual IRS data provides important information and context to the ongoing debates of who’s wealthy, who’s in the one percent, and who should be subject to new or expanded taxes.