As Democrats ponder how to cover the costs of their multi-trillion-dollar spending plans, they have proposed sweeping tax hikes the 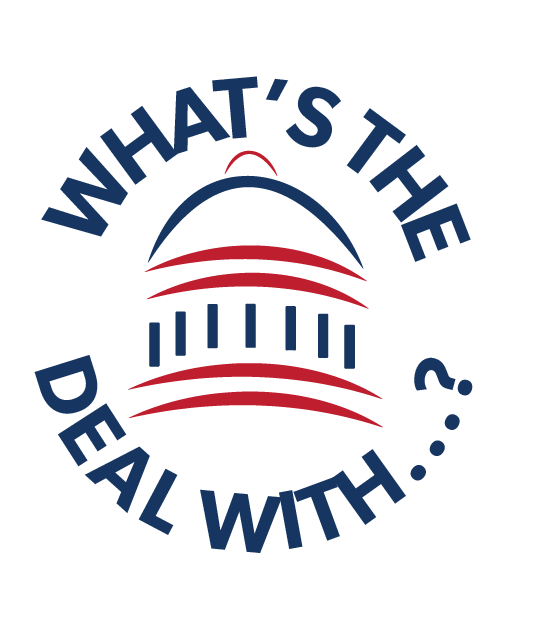 likes of which haven’t been implemented since the 1950s. Between a $1.2 trillion infrastructure bill and a reconciliation package that could end up costing as much as $5.5 trillion once all budget tricks are accounted for, Democrats have put themselves in a position where any fair accounting of the cost of their spending plans versus their proposed offsets shows them coming up well short.[1]

Therefore, they have employed several gimmicks to paper over the spending gap. These include several tried-and-true accounting tricks such as extending customs user fees nine and ten years from now even though they already pay for customs service, and selling off parts of the Strategic Petroleum Reserve to pay for infrastructure spending even though this emergency reserve was stockpiled using taxpayer dollars and more may have to be spent down the road to replenish the inventory.[2]

But those aren’t the only fiscal tricks up their sleeves. Both packages working through Congress include a novel twist to game budgetary scorekeeping rules with $177 billion in “savings” by further delaying a Medicare rebate rule held over from the Trump administration. This rule has already been delayed for several years and it is unclear whether the Biden administration would ever implement it. Moreover, there is also uncertainty that the rule would in fact cost taxpayers $177 billion if it was actually allowed to go into effect.

Under current law, anti-kickback statutes prohibit the offering or acceptance of payments to induce use of services that are reimbursed under federal health care programs.[3] However, there is a safe harbor for rebates paid by pharmaceutical manufacturers to health plans and pharmacy benefit managers in Medicare Part D and Medicaid managed care. This allows pharmaceutical manufacturers to provide discounts as long as the amount is properly disclosed and appropriately reflects the charges for the reimbursed services.

A pharmacy benefit manager (PBM) administers prescription drug benefit programs for private insurers, employers, and Part D plans, compiling formulary lists of drugs that will be covered in a plan without incurring out-of-pocket expenses for consumers. They are able to negotiate rebates and discounts from pharmaceutical manufacturers for access to the formularies.

Generally, the manufacturers will sell their prescription drugs to the plans at a wholesale list price and then provide the rebates retrospectively. The Centers for Medicare and Medicaid Services (CMS) found that the negotiated rebates have lowered drug prices and slowed the growth in spending.[4]

The Rule to Limit the Safe Harbor

In 2019, the Department of Health and Human Services (HHS) argued that this rebate process encourages manufacturers to increase list prices and provide larger rebates on more expensive medication compared to more cost-effective options.[5] In turn, this can increase out-of-pocket costs under some programs and also increase spending through federal health programs. The new rule would only permit rebates based on either a lower list price or the net price after the rebate, also known as the post-chargeback price.

In May 2019, the Congressional Budget Office (CBO) estimated that the proposed rule would increase federal spending by $177 billion over ten years, with a $170 billion increase being associated with Medicare and $7 billion with Medicaid.[6] To undertake its analysis, CBO said that it consulted with stakeholders and experts to generate an assumption that the manufacturers would withhold 15 percent of the previous rebates and provide discounts on the rest via chargebacks. CBO estimated that the combined impact would increase premiums and other cost-sharing thresholds that would increase federal subsidies through Medicare and Medicaid.

In its August 2019 baseline update, CBO reported that because the administration withdrew the proposed rule, it removed $85 billion from its Medicare Part D projection.[8] However, the rule was subsequently reinstated and finalized. CBO includes the full effects of final rules into its baselines.

The rule was to go into effect on January 1, 2022, but the Biden administration agreed to delay implementation for another year pursuant to a court order as part of a lawsuit by some PBMs.[9]

Section 90006 of the infrastructure bill passed by the Senate would delay the rule from going into effect until the beginning of 2026.[10] Section 30531 of the reconciliation legislation drafted by the House Energy and Commerce Committee would permanently repeal the rule after the beginning of 2026 so that it dovetails with the timing of the provision in the infrastructure bill.[11]

This two-step process to prevent the implementation of the rule is an example of gimmicky budgeting to take advantage of the scorekeeping rules. Even though the rule has not been implemented, further delays or cancellations are counted as “savings” because the rule has been built into CBO’s budgetary baseline.

CBO is responsible for producing annual baselines as part of the congressional scorekeeping process. The baseline shows CBO’s 10-year projection of spending and revenues. The agency evaluates how legislative proposals would impact spending and revenues relative to this baseline. Budgeting rules set by Congress require that CBO construct this baseline on current law as enacted by Congress. The baseline also includes estimates of the effects of actions that CBO expects the executive branch will take under current law.

CBO’s score of the infrastructure bill estimated that delaying the rule would reduce federal spending by nearly $51 billion from 2023 through 2026.[12] There has not yet been an official score for the provision in the reconciliation package to cancel the rule after 2026, but based on the CBO figures above, it would likely “save” up to an additional $120 billion relative to the baseline.

Why This Should Not Count as Savings

NTUF has long urged Congress to require CBO to produce a more realistic baseline based on the policies that tend to be implemented rather than the strict letter of the law which includes expiration dates for programs that are regularly extended before they expire. This happens often with what are known tax extenders (tax breaks that are enacted on a temporary basis but are continued before their expiration date) and certain Medicaid programs that are regularly extended on a short-term basis. A “current policy” baseline, rather than the “current law” baseline that is currently used, would provide a much more accurate picture of future spending and revenues.

Given that the administration has already delayed implementation of the rebate rule, it is uncertain that it would ever be permitted to take effect, raising doubt about including its costs in the baseline.

There is also a fair degree of uncertainty that the rule would end up costing taxpayers $177 billion. While CBO did not delve deeply into the points of uncertainty in the score (a practice the agency undertook with more frequency starting in 2020), it did note that a consulting firm analyzed several different scenarios of stakeholder responses to the rule. The alternative scenarios’ estimates ranged from a savings of almost $100 billion to a cost of $139 billion.

When taxpayers hear that a proposal would save money from a program like Medicare, they generally assume that it will do something tangible to reduce actual outlays. That’s not the case with this rule, which solely reduces outlays on paper by delaying a proposal that may never be implemented. And even if it were implemented, there is a fair degree of uncertainty surrounding how manufacturers and PBMs would respond to the rule and how those actions would ultimately impact the federal budget. Taxpayers deserve honest budgeting and honest budget numbers, not gimmicks and phantom offsets.

Brady, Demian. “The Strategic Petroleum Reserve Should Be Treated Strategically, Not as a Piggy Bank to Pay for Pork.” National Taxpayers Union Foundation. September 27, 2021. Retrieved from https://www.ntu.org/foundation/detail/the-strategic-petroleum-reserve-should-be-treated-strategically-not-as-a-piggy-bank-to-pay-for-pork.

[6] Congressional Budget Office. Incorporating the Effects of the Proposed Rule on Safe Harbors for Pharmaceutical Rebates in CBO’s Budget Projections—Supplemental Material for Updated Budget Projections: 2019 to 2029. May, 2019. Retrieved from https://www.cbo.gov/system/files/2019-05/55151-SupplementalMaterial.pdf.