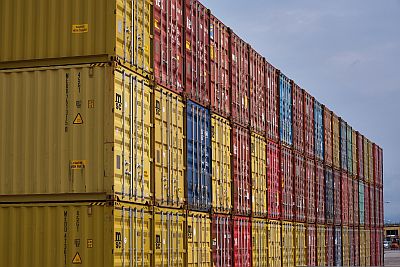 On April 24, 1981, President Reagan ended the U.S. embargo on grain sales to the Soviet Union that had been imposed by Jimmy Carter following the invasion of Afghanistan.

President Biden should end Trump’s tariffs on imports from China for the same reasons Reagan ended the grain embargo: The tariffs are ineffective, and they unfairly burden farmers and other Americans who depend on trade.

Trump’s tariffs are indefensible on their merits. They have cost Americans billions of dollars in import taxes and made farmers increasingly reliant on federal handouts, all while failing to achieve any significant improvements in China’s behavior.

Some defenders of the tariffs maintain that they somehow provide “leverage” in dealing with China. Reagan faced similar pressure to maintain the grain embargo from those who believed it should be used as a bargaining chip with the Soviets. He rejected that argument.

When he was campaigning in Iowa, Biden didn’t say much about using tariffs as leverage. Instead, he said: “Any beginning econ student at Iowa or Iowa State could tell you the American people are paying his tariffs." After securing the nomination, when asked whether he would maintain the tariffs, he replied: “No. Hey, look, who said Trump’s idea’s a good one?”

Biden administration officials who may be tempted to ignore the ongoing harm Trump’s tariffs inflict on Americans should recognize that there are better ways to deal with China. For starters, the Biden administration should work with allies who share our concerns about China, and it should cut tariffs on goods from countries other than China. In other words, pretty much the opposite of the Trump administration’s approach.